RapidWeaver Central has announced iCentral 1.0 for iOS, their news app dedicated to RapidWeavers “who want to keep their finger firmly on the RapidWeaver community pulse.” The free app will keep users updated and alert them to any new product release announcements and more.

Supportware has released My Football Pro Free for use on the iPhone or iPod touch. The app lets users follow over 800 football leagues worldwide with live match information, tables, and more. You can follow your favurite teams as they play live matches, with directly updated information. Previous editions of My Football have been limited to one year of data, but not anymore. Users now get data for an unlimited time.

Juicy Bits has introduced Halftone 1.0, their new vintage effects app for the iPhone and iPod touch. The US$0.99 app adds an aged halftone-style printing effect to photos to give them a vintage look. Halftone offers nine paper styles, nine built-in layouts, two caption styles, and the ability to choose a font. Photos can be customized, then saved to the photo album, sent via e-mail, and shared with friends on Facebook.

Verietas Software has unveiled Wizard Clock and Wizard Clock Viewer for iPhone, iPod touch, and iPad. It’s a $0.99 social location monitoring. Friend’s locations are received in real-time and displayed on a clock as antique hands. As your friend’s position changes, the hands animate around the clock to point at the label for their new location.

TimeTours has published Chichen Itza for iOS, their $1.99 multimedia app that takes the viewer on a guided tour of the ancient Mayan city of Chichen Itza. Featured are 3D stills, animations, and full-circle panoramas that allow instant comparison of the city as it exists today, versus how it looked over 900 years ago.

With technology packaged in antique cartography styling, The Cartographer for iOS devices ($3.99) lets you customize Google maps with markers, download the maps you need to use offline, and travel the world with your customized maps in your pocket.

White Bat Games has grown Fruit Frenzy Lite, a free version of their popular puzzle title Fruit Frenzy. Now players can try the game out before buying. In Time Attack mode, the game is frantic fun as players match fruit together as fast as they can. In Puzzle Mode, players will solve puzzles at their own pace.

Developed by Information Security Center Ltd., Smoordie IQ Pro 2.0 is now available as a $3.99 application for the iPhone, iPod touch and iPad. Despite being packed with humor and supposedly nonsensical words, it’s purportedly e a real psychological test that assesses users’ performance in logical reasoning area. The application is based on “Reasoning Test for Grown-ups and Really Smart Kids” by psychologist Miroslav Voynarovsky.

Code Redman has announced their second major release of Thumbat, their iPhone and iPod touch game, will be free for one day only (today, Wednesday, Feb. 23). It’s normally $1.99. Thumbat is a bat and ball game with an industrial theme. In Thumbat the player takes control of two recycling trash cans, the bats, and tries to keep the steel air purifier, the sky ball, in the air. The sky darkens, the game quickens and the effects get more pronounced as time passes.

In collaboration with Electrosparkles, Avallon Alliance has updated their Crazy UFO iPhone game to version 1.1. In the $0.99 app, you play as an inquisitive alien who needs to abduct various earthly creatures for his cruel research.

Power App has introduced GPS speedo 1.1 for iOS, their $0.99 app that displays GPS-accurate speed readings in three formats simultaneously: miles per hour, kilometers per hour, and meters per second. A fourth window displays altitude in meters. All digital readouts are accurate to two decimal places, and the app uses data from the GPS-System and the GSM/UMTS-Network. A head’s up display function allows drivers to read their speed projected onto the windshield from an iPhone on top of the dashboard.

MarzaPower has updated their My Own Loan app for iOS devices to version 2.5. The $1.99 app gives the user the possibility of understanding how much a loan, or a mortgage will cost, by modifying some simple details. The user selects the duration of the loan, the rate and the capital requested, and the app will give back a detailed amortization schedule. For each month the user can see what is the amount of the capital being repaid and the amount of the interest paid to the bank.

Aquilonis Technologies has unveiled InstantNote+ 1.01 for the iPhone, iPad, and iPod touch. This $9.99 organizational utility allows users to organize their day, set personal voice and text reminders for creating customized alarms for use in their everyday life. A user can schedule calls, SMS and email with ease, so that no critical communications get missed. Text messages can be written before the fact and set to be sent out at specific pre-arranged times.

MobilityWare has updated its Solitaire for iOS devices to version 3.0. The latest release of the free app includes a variety of brand new features, including Winning Deals, Show Me How To Win, and Game Center Multiplayer. Players can now see how their Solitaire skills stack up with friends and people all around the world. A player is able to challenge his/her friend or be matched up with a random player and more.

Dante Varnado Moore has rolled out an update (version 2.0) for its Songwriter’s Pad for iPad. The $9.99 pro lyric writing app allows songwriters to write songs on their iPad. The update includes a new digital audio recorder that allows users to import backing tracks. Using the iPad’s built in microphone a singer/songwriter or rapper can build songs by recording vocals over music tracks mimicking the way many hip hop and pop records are made in the studio today. 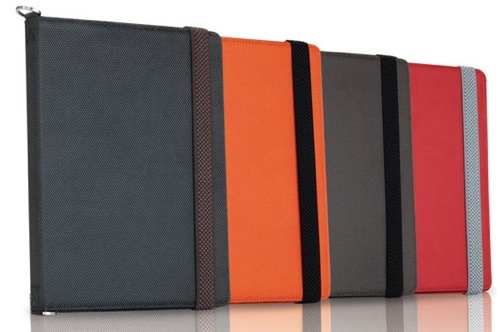