Apple, having become big enough to cross the radar of the monopoly cops, around the world, has been taking a lot of heat from publishers who are screaming “rape” at the well publicized marketing rate of 30%.

Apple has pioneered the “go to market” plan that includes posting downloadable digital material on its servers and advertising and selling that content at a 30% profit. Sounds like free enterprise to me. If Apple is gouging publishers they have the perfect right to refuse to to do business with Apple and or start their own on line publishing business.

The problem is that the publishers want it both ways: the power of Apple’s marking system without paying for it. In addition to that, they want to pocket the money they save in not having to buy paper, ink, print or deliver their merchandise. I call that greed.

One of the most notable things about an entirely new business model is the give and take of establishing a fair market price.  Consumers know the publishers aren’t giving them the paper, ink or distribution they used to include in the price of published material. Consumers aren’t entirely stupid.

If, before Apple introduced the iPad and the notion of electronic books became common through Amazon and the like, through the Kindle sort of slate readers, paying 30% for print publishing, stocking, distributing and selling books would have cut the price in half. Publishers have lived on 40% or less of the retail price of physical books forever. Now, suddenly Apple offers to do it for half the prior rate and they scream “rape”?

The music industry went though much the same process as Steve Jobs was able to convince them that not burning CD, jackets, stocking and shipping albums was enough of a savings to accept 70% of US$1 per song. It is way cool to get giant checks in the mail without all the wasted effort of the prior marketing system of selling media.

If in fact, Apple can pull off another radical industrial coup and convert the publishing industry to a digital system, Apple absolutely deserves the 30%.  Google has already offered to do the same thing for 10%. Free enterprise will do its work in moderating all the numbers.

Fundamentally, it remains to be seen whether Apple’s foray into revolutionizing the failing publishing industry will work out. Publishers can keep 100% of nothing as their business fail, such as the bankruptcy of Borders Books, foretells or accept 70% of a slimmed down electronic business model that reduces wasted media. Also, the notion of electronic newspapers is being tested with The Daily right now. I don’t know if a subscription go-to-market plan will work due to competition from free news web sites that exist based on other methods of economic support.  The notion that “the web wants to be free” is hard to break.

Apple holds the cards. Apple and Google can duke it out and perhaps market pressures will force Apple to bend. Apple holds patents for their systems and is spending a ton of money setting up their on line store system and they deserve to make a profit. Apple has every right to set the policies and prices on its infrastructure. Let the market shake it all out. Success and profit ought to be legal.

These are the opinions of Greg Mills. That’s Greg’s bite for today. 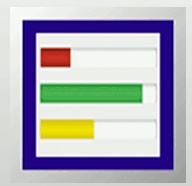