Don’t write an obit for the computer just yet…

You’ve probably heard it numerous times: the personal computer is dying, destined to be replaced by numerous gadgets like the iPhone and iPad. Malarky, says I.

In case no one has noticed, Mac sales are up. Way up. Both the IDC and Gartner research groups had Apple in the No. 5 position among US computer vendors for the fourth quarter, behind Hewlett-Packard, Dell, Acer and Toshiba. According to the IDC research group, Apple sold over 6.5 million Macs in the US in fiscal year 2010 for 8.8% market share. The compares to over 5.6 million Mac shipments in 2009 for 7.8% market share — a growth of 18.4%.

According to Gartner, Apple sold 1.9 million Mac desktops and laptops during the fourth quarter to snare 9.7% of the U.S. market. IDC listed U.S. Mac sales at 1.7 million, giving Apple an 8.7% share. Apple beat the U.S. industry average growth rate by huge margins. Only once since 2003 has the Mac not grown in year-over-year sales faster than the industry average. For the latest quarter, of the top five U.S. computer sellers, only Apple and Toshiba posted postitive year-on-year gains.

Sure, iOS devices are selling in bigger numbers. Of course, no one seems to notice that they cost less and are part of a relatively new market compared to a “mature” personal computer market. As Brian Marshall, an analyst with Gleacher & Company, told “CNN Money” (http://macte.ch/KAhUY) companies like Dell and HP should continue to benefit from steady, albeit not spectacular, growth in their PC divisions. It’s a mature business that probably won’t do much more than grow in the single mid-digits for the next few years, but that’s not the same thing as dead.

Now if the Mac market “only” grows at single mid-digits for the next few years, it’s still growing. And I’m expecting it to do better than that. After all, Apple only has around 8-10% of the US computer market and 5% of the global computer market. That leaves a lot of folks to “convert” from the Wintel world — and lots will be converted due to the halo effect of the iPhone, iPod and iPad.

Marshall says there will always be a need for computers, “be it desktops for cubicle-dwellers or notebooks for people on the go.” And as “CNN Money” notes: “It’s great to be able to read a book or newspaper on your iPad or watch a YouTube video or streamed TV show from Netflix on your Android phone. But sometimes people need to use their gadgets to, perish the thought, actually do work.”

“The tablet is a great new computing device, but it can’t completely replace PCs yet,” Marshall added. “It’s a phenomenal mobile content viewer but it’s a horrible content creator.”

Will the Mac change? Sure. One interesting take by ex-Apple exec Jean-Louis Gassee can be found here: http://www.mondaynote.com/2010/10/31/apple’s-next-macintosh-os/ .

But is it on its deathbed? No way. 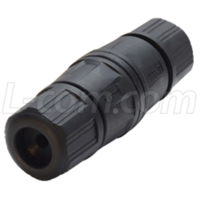