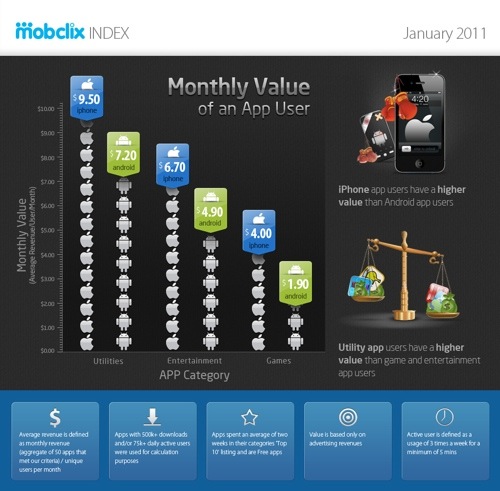 Mobclix found that advertising on iOS devices were more effective than advertising on Android devices, sometimes yielding double the revenue or more. This makes iPhone, iPod touch and iPad users more “valuable” to developers and advertisers.

According to Moblclix, average revenue is defined as monthly revenue/unique users per month. Apps with 500k+ downloads and/or 75k+ daily active users were used for calculation purposes. Apps spent an average of two weeks in their categories’ “Top 10” listing and are free apps

Value is based only on advertising revenues. An active user is defined as a usage of three times a week for a minimum of five minutes.

Deals: AppShelf 43% off today only