What I’d like to see in an Apple television

Along with my “MacNews/MacTech” columnist/compadre, Greg Mills, I’m dubious (and have been, for a long time) that Apple will start making its own television sets, though Piper Jaffray analyst Gene Munster is sure the company will enter this market (though no earlier than 2012). Let’s assume he’s right. What do I want in an Apple television?

The number one thing that would make me buy one right off the bat: a box with the “innards” and technology to allow Apple to really take on the cable and satellite companies. I’d like an Apple HDTV with a built-in Internet connection and software especially designed to connect to iTV, an offshoot of iTunes.

iTV (long the rumored name of the Apple TV before it arrived) is my moniker for an imagined Apple service based on the ginormous data facility the company is building in North Carolina, that would offer a la carte pricing for subscriptions to TV shows. With cable and satellite packages, you have to pay for a bundle of programs, some of which you never watch. I want to be able to pay only for the programs I want (the main networks, AMC, Turner Movie Classics, etc.).

In my ideal world, Apple would offer such a thing with iTV — with a monthly subscription plan, not a one-year or two-year contract. Of course, there would have to be some major negotiating with all the broadcast companies, but Apple has the clout to do it. At least in my ideal scenario.

Tiernan Ray, writing for Barron’s (http://macte.ch/DjgLt), also has some nifty suggestions for an Apple TV. Among them: Kinect-like and or voice control features in which he could wave, clap, talk, etc., to power on his TV, change channels, etc. This would require a built-in camera, so, naturally, Apple would have FaceTime built into its television.

Radical? Sure. But if Apple isn’t going to make a television unlike anything we’ve seen before, there’s no sure in our favorite tech company entering the market. 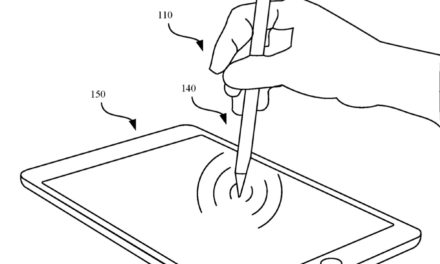 Wearable medical devices market to reach US$5.8 billion globally in 2019