Apple has updated its iBooks, its e-reader app for the iPad, iPhone and iPod touch to version 1.2.1. No info on what the update entails.

Mobile TeleSystems OJSC, a telecommunications operator in Russia and the CIS, has announced MTS Navigator, its personal search, mapping and navigation solution powered by Telmap on the iPhone. The service is now available for free to all MTS’ iPhone users.

Lightsphere has introduced Cryptoku 1.1, a $0.99 number game for the iPhone and iPod touch. Players catch numbers as they fall from the top of the screen, then place them into the grid to solve each level. Like Sudoku, each number can only appear in the grid once. But unlike Sudoku, the numbers and the grid itself can change.

ComboApp has unveiled 3D Coloring Book for Kids: Winter 1.0 for the iPhone and iPod touch. The $0.99 app offers young users the chance to color in 3D winter landscapes and characters.

JollyBooks has published Petshop Boy 1.0, another comical story book for iPad. It’s a $2.99, talking, animated ebook about a boy on a mission to find a companion to love. He enters the pet store to pick one out, only to discover that he is bringing home problems. He continues to trade in his new friends, unaware that each pet comes with its own hilarious outcome.

Paarmobilesoft has cooked up PicNic 1.0 for iPhone, iPod touch and iPad users. The $0.99 app allows users to settle group bills, keeping track of each person’s portion of a bill, as well as who owes who when money is borrowed by someone to cover their share of the expense.

Chilistreet has created Lingus for the iPhone, iPod touch and iPad. A free product that speaks, iLingus “conveys a user’s thoughts and feelings “by issuing chosen phrases, sounds or slang. From a variety of audio phrases, funny sounds and slangs, users can tap a button to issue the sound or saying they want. iLingus provides a variety of male and female voices, and users are able to combine sounds and phrases to create custom results.

SSCM has presented Celeb and Me 1.0 for the iPhone, iPod touch and iPad. The $0.99 app lets users insert themselves in photos next to their favorite celebrity. Users can select from 400 photos of more than 200 top celebrities and merge them with their own pictures. Users can incorporate a full body or close-up cameo shot, optionally make adjustments, and then share the resulting snapshot with others via email, Twitter and Facebook.

Sprockit, is offering Career Facemapper for iPhone users. The $0.99 app assesses facial features to suggest career paths. It’s all just for fun. Using a headshot taken with an iPhone, the app merges it with a funny cartoon picture of a specific career. There are 50 career choices available, and users can share results directly from within the app, thanks to the social networking integration.

Red Cat Group has unleashed RollingZilla Language Learning Game 1.0 for iPad users. It’s a $4.99 game that focuses on language learning. There are 12 languages supported; the OpenFeint integration means that users can pit their skills against other language learners, when they feel ready.

Watching “Grey’s Anatomy” has become an interactive experience. Last week, Disney/ABC Television Group introduced the Grey’s Anatomy Sync, a new iPad app that allows fans to interact with the Seattle Grace-Mercy West crew by syncing content from the show with the iPad in real time.  ponsored by Lexus, the Sync app is free to download and brings an enhanced viewing experience to all first-run episodes of “Grey’s Anatomy,” whether watched live or digitally recorded on your DVR.

Redbot Software has updated their Artie Anteater Adventure ABC Story Book app for the iPhone and iPod touch to version 1.20. In the $1.99 app, Arite Anteater is Angry because his Best Bud, Boris, the Big Bear forgot his birthday. Follow the story as Artie opens his gifts, one for each letter of the alphabet. The story focuses on teaching the alphabet and reading.

KPL Studios has announced iTC Calc for iPad 1.10 for the iPad. iTC The $6.99 app provides everything from timecode-frame conversions to offset, duration and total running time calculations. Everything for proper timecode work in post-production is contained within the app, including support for 24, 25, 29.97, 30, 50 and 60 frame rates.

Kimico has updated BookBuddy, their book management application for the iPhone and iPod touch, to version 2.0. The $4.99 app gives users control of their book collection. No additional desktop application or online service is required. Version 2.0 adds features allowing users to personalize their own book collection. Users can now rate their books, tag them with stars and add comments.

AnalogueBits has released Noted! — Fastest Note Taking App 1.2 for iPhone, iPod touch and iPad users. The $1.99 app lets uers type a note, tap send and have it instantly sent to their e-mail inbox or multi platform accessing services. The application works online or offline, saving notes when necessary to send when internet connection is established. 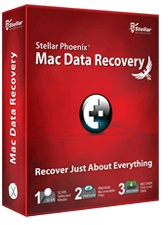