Yesterday I expounded upon the rant of the CEO of netgear, Patrick Lo. The second string hardware manufacturing company’s chief executive should be careful what he says around reporters. After the press widely quoted him seemingly gloating over Steve Jobs illness, he has spent the last 24 hours desperately back peddling and trying to take back his hurtful words.

Classic foot in mouth syndrome. I know, because I do that myself, on occasion. What you read in this space is filtered by my editor, since my vocabulary and sarcasm sometimes exceed my tact.

The prospect of Apple “opening up” as Lo demanded is a remote possibility. Apple becoming just another Netgear sort of company, and Mr. Lo riding Apple’s product line to greater profits is even more remote. He actually did state that some recent Netgear sales were related to people with iPads using them in the bathroom and needing another router to reach there.  Gee, that GPS location system on iPad is really focused.  My Apple Wi-Fi router works just fine in the bathroom, so Lo is out of luck in the MIlls household.

To all the iPad tote’n hillbilly readers who deluged my email, wanting more information on the innovative methane powered Netgear Wi-Fi routers I mentioned yesterday, I would ask that you please contact Netgear’s CEO Patrick Lo for further information. In hillbilly language, these New netgear WiFi routers run on stink, so your iPad works just fine in the outhouse without an extension cord.

I hear the new cutting edge methane power cell units run on sewer gas and will come in a one and two seater configuration, as everyone knows outhouses come both ways.  The new Netgear “Outhouse Routers” are shaped like a cute little outhouse, a tasteful nicknack to decorate the bathroom. I bet they add a potty paper dispenser to the next batch.

Then, the undiluted high tech court jester, John Dvorak, shot from the hip again — and limped away again. Dvorak should consider the wit and wisdom of Mark Twain, who once stated, “it is better to remain silent and be thought a fool, than to speak up and remove all doubt.” Despite having a way with words, Dvorak seems to never quite get the concept right before mouthing off.

Dvorak now warned the public that using the Near Field Radio system, reportedly being included in the unannounced iPhone 5, is a risky concept. He laments that opening your bank account to the cell phone companies is asking to get ripped off.

“There has been a lot of talk about the addition of an NFC (near field communication) chip to the next-gen iPhone. This will allow the phone  to be used as a swipe-it-yourself credit card. I consider this technology to be the most onerous ever,” Dvorak writes for “PC Magazine.”  “Do not let AT&T or Verizon or any phone company anywhere near your day-to-day financial transaction business. You’ve been warned.”

Dvorak should know that rumors of Apple features are not confirmed until actually announced, Apple will have thought out such a system to include a good security system is built in and, finally, early tests of swipe to charge Near Field Radio chips connected to Visa accounts have gone well.

I have a CitiCard radio chip on the back of my iPhone under the silicone cover that I use when I want to charge a minor amount and the store has a NFC terminal. It works just fine, John. I swipe the phone and eat my fast food. Nothing has gone wrong. Dvorak should concentrate on PC issues and leave Apple stories to people who can read for comprehension.

The cell phone/mobile market is a strange place. Conflicting stories have been recently published leaving the reader to sort it all out. On one hand, Asymco’s Horace Dediu figures Apple has just 4.2% of the world mobile market, yet pockets 51% of the industry profits.  This means that the rest of the industry sells 95% of the world’s cell phones but splits just 49% of the profit.

The same day, reports exaggerating the success of recently launched slate computers seemed to knock Apple off the top rung of the market share ladder. It turns out that Samsung force fed the channels with 2,000,000 Galaxy Tabs. These tablet have been sold in bulk to dealers, this is not two mIllion Galaxy Tabs actually in the hands of end users. Then, “Bloomberg” reports that Galaxy Tab Android slate computers are developing a very high return rate, estimated to be 16% for Tabs actually sold.

Selling for as little as US$300 with a two-year contract, Tabs run a version of the Android OS that even Google warns is not up to the task. If the Samsung Galaxy Tabs can run the Google Honeycomb OS, created for slate computers that might help. It turns out the Tab isn’t the iPad killer the PC world is clamoring for.

The same accounting slight of hand was used by Ballmer to mislead people into thinking the Windows Mobile 7 handsets were flying off the shelf. Ballmer gave almost 100,000 away to Microsoft employees, which distorted meaningful launch sales numbers. They also stuffed the market channels with a lifetime supply of those phoned.  All reports from the front lines indicates even discounting two for the price of one isn’t selling Windows 7 phones. Windows 7 is a dud. Even the handset makers who produce them indicate they are hedging their bets in case Apple manages to kill Android off with patent suits that have already been filed.

New Android handsets are going on sale for $100 at Verizon before the iPhone kills the market for them. As I have anticipated, the reality of the market will be that iPhone in more channels will gut the Android market.  “I wish I could get an iPhone, but I will accept the second best and try an Android” is a refrain that will trail off as Apple launches iPhone in more venues. Once Verizon is selling iPhone, can T-Mobile and even Sprint be far behind? 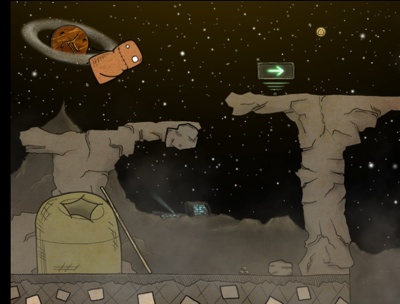