Cleopatra: a Queen’s Destiny available on the Mac App Store

Coladia (http://www.coladia.com) says Cleopatra: a Queen’s Destiny is available on the Mac App Store. It requires Mac OS X 10.5 or later and costs US$14.99.

Here’s how the game is described: “Cleopatra: a Queen’s Destiny is a point and click adventure game, taking place in Alexandria, Egypt, 48 BC. The country is divided by civil war pitting Cleopatra’s supporters against those of her brother and husband, Ptolemy, who is ravaging the country. In this climate of terror, Thomas, a young apprentice to Akkod, Cleopatra’s astrologist and astronomist, falls in love with his master’s daughter.

“Thomas sets out on their trail and learns in the course of his investigations that Cleopatra herself had asked Akkod to make a specific divination, and that the partisan of Ptolemy are behind the kidnapping. Cleopatra promises Thomas that in exchange for the tablets required for the divination, her guards will find the master and his daughter.

“Thomas’s investigations lead him to the discovery of Egypt’s legendary sites such as the Library of Alexandria and the Lighthouse. Thomas also meets the Queens and a whole host of their mysterious characters. Will he manage to save his master and his loved one, so that together they can decypher the stars? Without the prophecy, the country will be lost; the destiny of Egypt and its Queen are in his hands.” 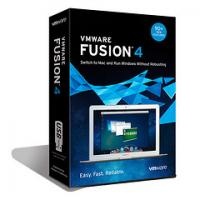