“MacTech Magazine” (https://www.mactech.com) and iDeveloper TV (part of The Mac Developer Network Limited) has announced that “MacTech” is acquiring the US version of NSConference and merging it into MacTech Conference: For Apple IT Pros and Developers.

NSConference UK will be held March 21-23 in Wokefield Park outside of London. The sold-out event focuses on sessions presented by some of the world’s top Mac OS X and iOS developers.

MacTech Conference 2011 will be a US-based event that delivers content for both IT pros and OS X/iOS developers on the Mac. NSConference’s head, Steve Scott (“Scotty”), will join the MacTech Conference 2011 team as Sessions Chair for the Developer Track working with Edward Marczak (who will continue to oversee the IT Track as well as the sessions overall) and Neil Ticktin and Andrea Sniderman, who oversee the entire event.

“It’s clear that we hit a home run with MacTech Conference 2010. When attendees give the event a standing ovation at the close, and 100% say that they would recommend the conference, you know you’ve done something right,” says Ticktin, editor-in-chief/publisher of “MacTech Magazine.”  “I’m incredibly proud of our team for 2010. And, with Scotty joining us as Sessions Chair for the Developer Track, it just gets that much better.”

“I couldn’t be happier to work with someone so well-known and respected in the Mac development world,” adds Marczak, executive editor, “MacTech Magazine” and MacTech Conference Overall Sessions Chair. “Working together, we’re going to be able to serve the Mac community much better than working separately.”

“NSConference has proven its ability to bring great content to a great base of attendees,” says Scott from iDeveloper TV and Developer Sessions Chair for MacTech Conference 2011. “This deal allows iDeveloper TV to bring its intimate relationship with Mac OS X and iOS developers together with MacTech’s excellent conference skills to provide a incredible event for developers based in the USA.”

Those interested in MacTech Conference 2011 should contact MacTech’s customer service at  custservice@www.mactech.com and ask to be put on the mailing list. Established in 1984, “MacTech Magazine” is the only monthly magazine focused on Apple at the technical level. Each month, “MacTech” and MacTech.com is read by 150,000 technical Macintosh users in over 175 countries … from network administrators to programmers, from solution providers to enterprise, and in general anyone that’s interested in the Macintosh beyond the user level.

Based in Tetbury, United Kingdom, iDeveloper TV (iDTV) was founded in 2007, originally as The Mac Developer Network (MDN) to provide high quality podcasts, screencasts and video training to the OS X and iOS developer community. iDTV is a privately held, privately financed limited company registered in the UK. Since joining the software industry in 1987, Scott has worked as a developer, trainer and consultant in the British Isles, Europe, Asia and the USA. He has written many articles for developer websites and magazines as well as featuring as a guest speaker at developer conferences in the UK, Europe and USA.  iDeveloper TV can be found at http://ideveloper.tv . 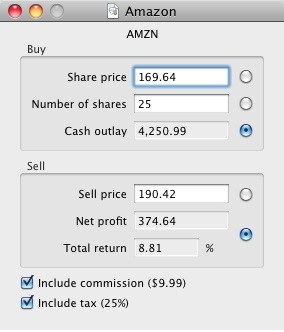