Any drop in Apple’s share price tomorrow “presents a buying opportunity ahead of earnings,” according to Morgan Stanley analyst Katy Huberty in a note to clients, as reported by “AppleInsider” (http://www.appleinsider.com). He discussed the impact of Apple CEO Steve Jobs’ medical leave of absence, as well as an improved outlook for iOS and more favorable component costs than previously expected.

“We expect the company to report strong December quarter results Tuesday night and continue to believe our bull case of CY11 $25 EPS (vs. consensus of $20.68) is increasingly likely on the back of stronger than expected iPhone/iPad shipments and gross margins.” the analyst says. “”In addition to upward revisions from the recent Verizon launch, our meetings highlighted long iPhone lead times in China given strong demand. iPad touch panels, the major bottleneck over the past several quarters and 10-15% of the iPad’s bill of materials, are now produced at 90% manufacturing yields with potential cost benefits passed on to Apple this year.” 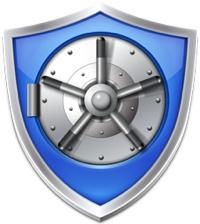