Iber4 today has announced Magnetball 1.1 for iOS devices. The US$9.99 is played by bouncing iron balls straight at red magnets to get points. Each ball falls from above by gravitational force. As the player, you must bounce the ball using a steel bar. The bar is controlled by your finger sliding over the iPhone/iPod screen. Control can also be done by using a multi-touch interface, and serve to give enhanced angle and speed control.

Lazrhog Games has released GeoSpin 1.0, an original puzzle game for iOS devices. A mix of 2D and 3D, you control the orientation of an Archimedean solid geometric shape in 3D in the $0.99 game and must grab the surrounding colored shapes to slot into their correct places. You can race against your OpenFeint friends’ times, shown each game, and see your worldwide ranking, per level, in-game.

Langloria has introduced SAT Vocabulary Activator 1.0 for iOS devices. The $6.99 app serves to help students to pass the SAT Vocabulary Exam. It contains 5,000 SAT words and several options for working with each SAT Vocabulary word.

Viewger Phrasebook 1.0 is a new universal phrasebook for iOS. The free app was created to allow people to communicate with each other using pictures. Viewger Phrasebook sports over 300 divided into themes. All content is within the application and doesn’t require an Internet connection.

Amidio has debuted OMGuitar for iPad, a guitar emulator. The $14.99 app is a synthesizer with unique interface and new-generation hybrid sound engine that allows you to produce true guitar sounds.

Cazual Games has rolled out Toy Balls! Lite, the free version of their game for the iPhone, iPod touch, and iPad. Players must use their quick reflexes to rescue toy balls, before the electro-zapper toasts them. Swipe as many balls as possible, while navigating in-level obstacles, labyrinths and mazes.

Mind Juice Media has announced Animal Stickers 1.1 for iPad. The $1.99 appprovides a virtual sticker book for kids that lets them create and share pictures with their friends and family. Kids can drag and drop cute stickers into the picture and move, rotate, flip and resize them.

Infinity Tech has updated their multiple list manager for iOS devices. The US$1.99 app offers users an option for keeping track of multiple lists for everyday tasks, events, shopping lists, birthdays, and much more. New features in version 1.2 include due dates, app badges, repeating tasks, and alerts.

Mother Tucker has unleashed Speed Tracker 2.1, an update of their GPS sharing and monitoring application for iOS devices. The $0.99 app allows users to monitor the location and speed of their device as well as other iOS devices on the Internet at the same time on a Google Map. Version 2.1 adds satellite maps views.

Creaceed has updated Movie Stiller for iOS devices to version 1.0.1. The $2.99 app stabilizes video recorded with iPhone, removing camera shake. Users can preview and adjust the effect within Movie Stiller, and then export the processed video back to their Photo Album. Users can even tune the process by adjusting stabilization strength, frame scaling, and compare original and processed videos within the app.

Esa Helttula has served up Grid Multiplication 1.1, a math instruction app for the iPhone, iPod touch, and iPad. The $3.99 app can be used to teach and study the grid multiplication method. 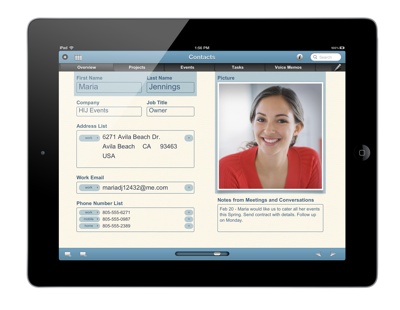 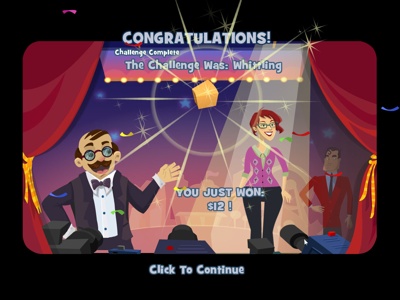 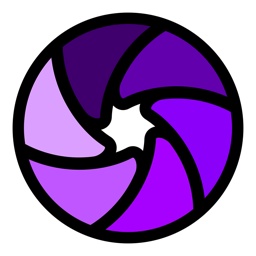 Iris 1.0 is new screen recording software for the Mac