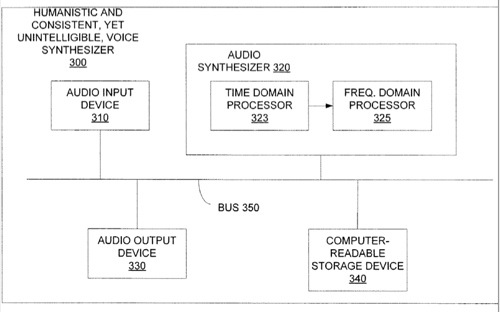 Two Apple patents at the US Patent & Trademark Office show that Apple wants to make it easier to adjust audio playback controls on the Mac — and make using audio more fun.

“Concurrently, electronic devices for providing or playing media content, including video, television programs, movies, etc., as well as audio recordings of all types (e.g., podcasts, music, lectures, audio-books, etc.) have become quite popular in recent years. These devices generally include controls to adjust content playback parameters such as volume, balance, treble, bass, screen brightness, etc. Sometimes these controls are physical buttons on the electronic device. Sometimes these controls are displayed on a screen, such as a touch screen display. Playback controls may be adjusted in a number of different ways, e.g., with physical buttons, via direct manipulation of the control on a touch screen, etc.

“But existing methods for adjusting playback controls are cumbersome and inefficient. For example, navigating and manipulating a large number of playback controls, menus, or options is tedious and creates a significant cognitive burden on a user, particularly for handheld electronic devices. In addition, existing methods take longer than necessary, thereby wasting energy. This latter consideration is particularly important in battery-operated devices.

Here’s Apple’s background and summary of the invention: “Audio synthesis techniques have been used in entertainment industries and computing industries for many applications. For example, special effects may be added to audio recordings to enhance the sound tracks in motion pictures, television programs, video games, etc. Artists often desire to create exotic and interesting sounds and voices to use with non-human characters in motion pictures, such as aliens, monsters, robots, animals, etc.”

“Conventionally, studios hire people whose native language is an exotic language, such as Tibetan, as voice artists to record lines in a motion picture. Then the voice recordings may be further processed to produce a voice for the non-human characters. However, in a motion picture that includes many non-human characters, it is expensive to hire so many voice artists.

“Furthermore, the intonation of the human speech in the first audio recording is preserved through the speech analysis synthesis in order to retain the semantic as well as communicative aspects of human language. The second audio recording may be used in various artistic creation, such as in a movie sound track, a video game, etc.

iPad to be discussed at next MacBUS meeting