Greg’s bite: Verizon, made in the USA

Since the announcement yesterday that Verizon will indeed get the iPhone, the tech press is flooded with stories regarding the demise of AT&T and speculation about the new iPhone. Verizon stirred the waters with the notion of built-in hot spot capability, which is sexy indeed.

First of all, don’t count AT&T out just yet. While I have been vocal about criticizing them for dropped calls myself, there was wisdom in Apple giving them an exclusive to launch iPhone and get established in the cell phone business. Since then, Google’s Android “made hay while the sun was shinning” and took advantage of the void for graphic smart phones in the market place.

While iPhone holds a 15-to-1 advantage in AT&T’s customer base, Android had no competition and grabbed a significant volume with the other carriers. The issue Android cell phone makers must be asking themselves is what happens now that Verizon customers can buy iPhones instead of the wannabe phones.

In addition to the real thing vs the next best thing rational that forced people to go with an Android phone instead of an iPhone is the set of problems cropping up on that platform. Google, in its rush to fill the void left open by Microsoft in the smart phone platform market, went with the open source mode of development and support.

As I have blogged before, there are significant security issues and a major problem with piracy that threaten to derail Android that Apple has nimbly overcome. The rigid control Apple has over its App Store had been maligned mostly by disappointed developers who disregarded the rules, though I admit Apple has sometimes been a bit hard to read on certain issues in managing the iO platform.

We will certainly see a shake up in the Android market, as the iPhone becomes an alternative in the broader scope of things. The competition will also be felt by the bottom rung of cell phones such as the Microsoft Vista 7 phones, a poor substitute indeed for the iPhone. Also look to see the apps on the Apple App Store to sell like hotcakes for a while.

I got a considerable response to my article posted yesterday on the notion of Apple bringing assembly home to the US. Most of it was very positive with a couple of readers promising to buy Apple stock if they do that. With all dictatorships, the heart of the dictator determines the direction the cadre takes. If Apple CEO Steve Jobs gets a bee in his bonnet about moving assembly home as a long term strategic move, I feel certain the company will still thrive and the US economy can certainly use the shot in the arm.

Recession is very psychological, and the notion that jobs being exported is a one-way street is not true. It will take courage and guts to force the counter influences to back off. Unions and unfavorable laws that make going to China so favorable can be delta with by someone with clout. We know that Jobs has the ear of the President and powers-that-be. If the stock market follows their hearts instead of their heads, Apple stock might soar despite some erosion in gross profit on Apple products assembly in the US would cause. That dip in gross profit is an affordable loss for Apple should the government seek to make them whole by taking such a gutsy move.

There is no one I know of more able to pull off what the naysayers proclaim than Jobs. I have approached a number of investment analysts with the research question: what if Apple moved assembly of its products home. What would the economic outcome be and what would the stock do? I’ll let you know what I learn.

Survey: 35% of consumers want an iPhone 5 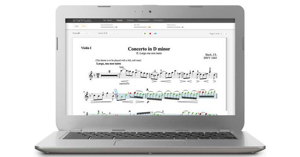