Apple is advising its shareholders to vote against a proposal to reveal a “succession-planning policy” for the company’s CEO at the company’s annual shareholders meeting on Feb. 23. However, that’s what the Central Laborers’ Pension Fund, which owns more than 11,000 shares in the firm’s stock.

Apple says in a regulartory filing (http://macte.ch/fDoHJ) that it doesn’t want to publicly disclose any succession plan because the company is worried that such a move could affect its retention of its top people, who might be lured away by rivals.

Here’s Apple’s statement on the proposal (Proposal Number 5): “The Company recognizes that a highly talented and experienced management team, not just the CEO, is critical to Apple’s success. Accordingly, the Board already implements many of the proposed actions and
41maintains a comprehensive succession plan throughout the organization. While the Board strongly supports the concept of succession planning, it recommends a vote against Proposal No. 5 for the following reasons.

“As noted, the Company already fulfills several of the requests proposed. The Company’s Corporate Governance Guidelines, available publicly on the Company’s website, require the Board and CEO to conduct an annual review of succession planning for senior management, including the CEO. As part of this annual review, the Board has a formal evaluation process in which it identifies and recommends development of internal candidates for succession based on criteria that reflect Apple’s business strategy.

“Proposal No. 5 would also undermine the Company’s efforts to recruit and retain executives. The Board believes that the Company’s success depends on attracting and retaining a superior executive team, including the CEO. Proposal No. 5 requires a report identifying the candidates being considered for CEO, as well as the criteria used to evaluate each candidate. By publicly naming these potential successors, Proposal No. 5 invites competitors to recruit high-value executives away from Apple. Furthermore, executives who are not identified as potential successors may choose to voluntarily leave the Company.

“Proposal No. 5 attempts to micro-manage and constrain the actions of the Board. In practice, the Board and the management of the Company are best equipped to carry out succession planning, as well as to handle day-to-day hiring, promotion and termination decisions. Such decisions take into consideration numerous criteria that are continually adapted to meet the evolving demands of the Company and should not be constrained by arbitrary rules such as the three-year “non-emergency CEO succession planning” in Proposal No. 5. The Company takes succession planning seriously, and the Board has adopted a comprehensive process to ensure continuity and maintain the superior quality of its management team. This process also allows flexibility to adjust to unanticipated changes in the market. As such, the Company is already substantially fulfilling the request in Proposal No. 5, and the Board recommends a vote against Proposal No. 5.” 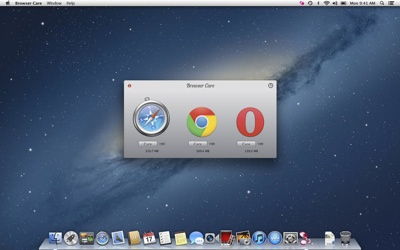