In a stunning setback for Constitutional privacy rights regarding the contents of smart phones, the California Supreme Court ruled Monday that if you are arrested on any charge and happen to have your smart phone on you, the police have the right to see and copy everything on it.

Further, the contents of your phone may be used against you in a court of law, even if unrelated to the original charge they bust you on. All this without a warrant or probable cause. Business information, normally held secret, is also affected at this time.

While I believe in the necessity of the police being able to search a person they arrest to make sure they don’t have a weapon on them, the notion that the incredible amount of personal data found on a modern cell phone suddenly and automatically belongs to the State, without probable cause and without a warrant, is counter to the Constitutional notion of a warrant being required for the police to use evidence taken against the will of a private party.

This sets up the situation where a person could be arrested on a minor charge and found innocent of that original charge, but rearrested on a new felony charge based upon information taken without a warrant. When you consider the ever-increasing memory capacity of modern cell phones and the broad types of data found on them, it is easy to imagine the State might also claim the right to everything found on an iPad or laptop as well, simply because you have it with you when arrested.

Once a door is opened, the state tends to expand such an opening until the US Supreme court finds some limit. Similar privacy rights have already been taken away when bringing a computer into the country but this expands that situation to within the country.

It is not settled law yet on whether the state can force you to give them the password to gain access to a locked confiscated device. This is the sort of thing that makes the Untied States different than Iran or other societies like China where the State has virtually unlimited power over the privacy of individuals. This case is certain to go to the Ninth Circuit Court or directly to the US Supreme Court, but in the meanwhile, if you are in California, your cell phone might as well belong to the State. You are just using it until they want the information on it and arrest you with or without probable cause on any charge. Scary indeed.

Technology might allow a workaround. Apps that refuse to open the phone’s data without your password, other than just answering an incoming call, might help. They need a password to get into your data. The fourth attempt to guess at the password could wipe the data. With back-up from your computer it only takes minutes to restore from the last saved version of your iPhone or iPad through iTunes. Passwords are not a problem in Iran where they just pull out a blowtorch that is used to persuade cooperation. The tactics of the police in the US are not quite as blunt, yet.

Tracking people by tracking their cell phones through remote access to the GPS chip is already well known and used extensively by the police. The requirement for a warrant for police to track you is also under review by the courts. Access to text messages, web sites you visit and all your mail and documents being open to the police automatically, seems excessive.

MSNBC predicts Microsoft’s “me too” streaming digital TV box “may challenge Apple and Google.”  This is typical of glowing stories on anything coming out of Redmond, normally with the disclaimer (MSNBC.com is a joint venture of Microsoft and NBC Universal). After adjusting your reality meter to the awkward distorted point of view, as you read the story you see that it contains obvious contradictions.

Today’s story (http://technolog.msnbc.msn.com/_news/2011/01/04/5763762-microsoft-tv-may-challenge-apple-google) contains “minor issues” that are swept under the rug. The unlaunched Microsoft VT streaming device is projected to cost $200 compared to the Apple TV device priced at $99. Costing double the price of an Apple TV device might seem very significant to some people, from a marketing point of view.

Then, the article glibly notes that people will note that the new black box will “pose a serious challenge to the new Apple and Google TV devices, largely because the Windows boxes have a polished and familiar TV-program guide that makes it easy to blend and navigate both online and broadcast content.” The author clearly hasn’t seen the Apple TV device in use, which is polished to suit Steve Jobs.

Personally, any familiarity I have with the look and feel of Windows causes me to reach for the Dramamine to alleviate the vertigo and nausea. Similar glowing articles regarding Zune, the Vista 7 Mobile phone and anything Microsoft launches can always be found on MSNBC.  Beware, despite the disclaimers, the authors of Microsoft stories on MSNBC are writing about products they have to like, to keep their jobs.

Well, another day another 0 day bug found in Windows. They found a new problem related to taking over a PC remotely through a graphics portion of the OS. Perhaps the up-and-coming Stuxnet 2 worm will exploit that or other unannounced holes in Windows. As I always say, “opening a Window is sure to let bugs, viruses and worms in.”

The count of “iPad killer slate computers to be announced at the CES have reached 100, and still counting. Apple’s timing in announcing iPad 2 after the CES is shrewd, to say the least. Having the last word immediately afterwards is important when you realize the glut of wannabe iPad style computers is due to the incredible success of Apple’s new device.

The electrical power surge in Redmond from all the copy machines coming on at the Microsoft campus when Apple announces anything can probably be noticed at the electrical utility.  Multiply that by a factor of 100 other tech companies and you see why Apple thrives in nearly absolute security protecting it’s R&D.

The idiots in the inverted toilet shaped building on Capitol Hill have struck again. While many US schools have adopted iPad and Mac laptops, “stimulus” money from your taxes, has funded a Detroit Michigan school district’s purchase of 40,000 Asus notebooks, made in Taiwan. How the “American Recovery and Reinvestment Act of 2009” could stimulate a Chinese company with the purchase of inferior products is something your Democratic Congressman can surely answer, if they are still in office. 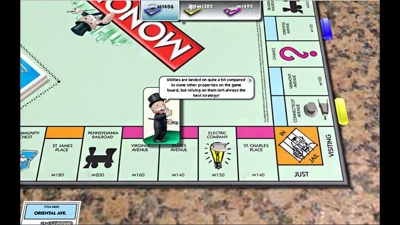