Mobatia Technology has announced DewDrops 1.0 for iPhone, iPod touch and iPad users. Just in time for the Christmas season, the US$0.99 enables users to create self-made greeting cards then email them to recipients or post on Facebook. With DewDrops, users can use stock graphics and text. Via tapping, dragging and dropping, a user can add elements then scale, rotate, move them around and more.

Aspiring iArtist deeje has introduced tappr.tv for iOS devices. The app — free for a limited time — enables the user to create unique dynamic visuals using any of 100s of available visual “instruments.” Each instrument responds differently to the user’s touches and traces across the device screen, producing bursts of particles and light.

iTech Developers has unveiled Fat Kiosk HD 1.0 for iOS, a $0.99 visualization app that adds the effects of weight gain and aging to any frontal photo. The app employs automatic face recognition to detect the eyes, mouth, and chin, and advanced image processing to simulate how that face would appear if the person gained 100 pounds. Photos may be taken from the Gallery or camera, and shared using Facebook, Twitter, eMail, or SMS. The app includes both automatic and manual controls.

Ditter.projektagentur has cooked up the Photo Cookbook — Baking 1.0 for iOS devices, part of their best-selling series of The Photo Cookbook cooking apps, and an enhanced version of the original print book “Frame by Frame Baking.” The $4.99 app features 60 recipes in four chapters, over 500 high resolution photos, iPad and Retina display optimization, scrolling of chapters and recipes, ingredient pop-up windows providing extra details, in-app eMailing of recipes, and step-by-step instructions.

“The National Post” says its National Post Reader App is available free for the iPad, iPhone and iPod touch. The app lets readers customize their reading experience, combining analysis with reporting from both the “National Post” and “Financial Post.”

Navigation-Info has announced Mr. Loser: Average Day 1.0 for the iPad. The $0.99 game lets players step into the shoes of an angel watching over an especially unlucky individual to save them from undue harm. 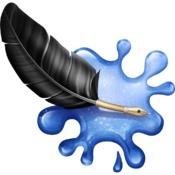