3dot5 has announced World Flights — HD 1.0, a flight tracking application for the iPad. The US$2.99 app offers several ways to access the required info based on your specific requirements. You can search by airline, route, airport, nearest airport and add airports and routes to Favorites for even faster access.

Cocoa Platypus has released Project SD1, their new 2D side scrolling platform game for the iOS platform. The $1.99 game follows the story of a small utility robot sent in the dark space as part of a recovery mission. Your goal is to find and fix the space shuttles that were meant to colonize a newly found planet. The 2D game features 30 levels, Game Center leader-boards and achievements, as well as TV out support.

Rescolina Games has introduced Shelly the Shell Master 1.0 for iOS devices. The $0.99 game is a new take on the old shell game. You can play against the octopus Shelly in three different game modes, some of which can include up to three balls for you to follow at once. The game offers three modes of play, OpenFeint support and Facebook integration.

Cazual Games has unveiled Toy Balls! for iOS devices. In the game players must use their quick reflexes to rescue toy balls before the electro zapper toasts them.Toy Balls! is available for a limited time sale price of $0.99 for the iPhone and iPod touch and $1.99 for the iPad.

Dynamic Systems Group has presented Age of Hammer Wars 1.0, a new game for iOS gadgets. Land and sky here are ruled by diminutive helicopter machines fashioned from wood and steel. In the $1.99 game, a player takes control over one of the machines and is left facing quite a number of not-so-friendly neighbors. On top of the classical “shoot-them-all”, the game puts the player through tasks of guarding the cargo ship, breaking from jail and battling with an enemy chained to player’s machine.

Merriam-Webster is offering a free dictionary app with voice search for iOS devices, allowing users to look up a word by speaking it directly into the phone without having to spell it out. Voice search capabilities are powered by Nuance Communications’ Dragon voice recognition technology.

Praneela Technologies has unleashed Vimanam for iOS devices. The game — on sale for $1.99 for a limited time — is a variant of the Ludo game and lets the user choose a device as an opponent with various AI levels.

In the new $0.99 iOS game, Project 72, you collect power-ups, including jet fuel, firepower, and shield in order to stay alive on your journey in your space ship.

iCandyApps has announced InteriorMag 1.0, a $0.99 app designed specifically for the iPad. It features interior designs and has sharing capabilities that enable users to share photos that they like via Facebook, Twitter, or simply save them on their iPad.

JellyOasis has released Ninja Bounce 1.0, a $1.99 adventure game for the iPhone and iPod touch. It incorporates elements of reflexes, timing, and classic rhythm game play. Players try to survive by perfectly timing their jumps and collecting the most amounts of points. Ninja Bounce features two game modes, and integrates Game Center and Open Feint support.

Numark says its mobile music app, iDJ, now supports iPad, iPhone and iPod touch. To celebrate the release of the universal version of the app, Numark is offering a price of $1.99 for iDJ for a limited time, an 80% savings off of the original $9.99 price.

Tunaverse Media says its Cinq for iPad App now enables consumers to print their photos or those just taken on an iPhone anywhere there’s an AirPrint-enabled printer. The free Cinq app automatically sends full resolution photos home as users take them on their iPhone.

Launch Control 1.0 has blasted off for iOS device. The $0.99 flight control and guidance game involves a mix of strategic planning, thinking ahead, coordination, and flight control. Users will have to guide rockets to the moon and supply the International Space Station in the Launch Control mode, and neutralize UFO’s in Alien Control.

Cynapse has introduced Localscope 1.0 for the iPhone and iPod touch, a $0.99 social data powered GPS tool. Integrating geo search engines and social networks like Google, Bing, Foursquare, Twitter and Wikimapia, Localscope allows its users to find and discover places around their location wherever they are.

Auryn’s new iPad app Auryn Ink, creates the authentic simulation of watercolor painting. It’s geared to intermediate to high level artists and watercolor hobbyists. Auryn Ink is being offered for free through the holidays, and $1.99 afterwards.

Alice Dev Team has served up Christmas Gift 1.0 for all Apple mobile devices running on iOS 4.0 or later. The free app was created to provide users with a quick and fun way of making digital holiday cards directly from their mobile devices.

Richard’s App Alchemy has tossed out 3D Coin Toss 1.0 for iPhone, iPod touch and iPad users. In the free app, a toss can result in heads, tails, the coin sitting on its edge, or the coin falling off the table. 3D Coin Toss offers shake-to-toss usability, 3D animated graphics and double the outcome possibilities of other apps.

Avatron has served up Print Sharing, a $2.99 app that allows iPad, iPhone and iPod touch users to print wirelessly from their mobile device. Depending on the printer being used, Print Sharing delivers printing settings such as dual-sided printing, toner density, special inks, watermarks and overlays, choice of paper trays, page order, finishing/binding. “Print preview” is available on all printers.

Spanish Touch Trainer 1.0 for iOS devices ($1.99) provides the student with a way to learn, practice, and improve Spanish skills through an intuitive process. Each time the user accesses a particular sentence, word choices are automatically randomized.

Sponsor Me has launched its action-sports social media site, http://www.sponsorme.com, which offers full functionality and media distribution to multiple media devices, including the iPhone and iPad.

O, The Oprah Magazine’s January issue app is now available on the Apple App Store for $3.99. The second monthly app from the magazine is optimized for the iPad.

TapOne Technology has updated VideoCard for iOS devices to version 1.1. The free app was developed to offer users a way to send creative and customized digital greeting cards; it utilizes the iPhone’s front facing camera to let users send full video-based greeting cards.Users are able to input customized text messages into the body of their greeting cards and pick theme music either from within the app’s included song catalog or from their music library.

Hobbyist Software has announced VLC Remote 5.50 for iOS, an update to their $4.99 remote controller app that gives the user wireless control over the free VLC Media Player. With over 175,000,000 free downloads, the VLC Media Player allows users to view/hear almost any type of media file on their Mac or PC.

Daze End Software has introduced Action Lists 3.0, an update to their $19.99 task manager for the iPad. The app brings the GTD-specific features to the Apple tablet in a larger format that better suits the device. Action Lists for iPad allows its users to synchronize data with the web or with an iPhone running Action Lists. It also offers the ability to email tasks to others from within the app.

Danxer has updated iSantaMe, their camera app for the iPhone, iPod touch and iPad to version 2.0. The $0.99 app allows anyone to add Santa caps, speech bubbles, Christmas and New Years wishes to individuals in photos. You can use either a stored photo or to take a photo with the iPhone/iPod touch camera.

Kabuki Vision has unveiled NoteMaster 4.0 for iPad. The app lets you create notes that contain text, images, bold headers, and lists. NoteMaster supports the ability to insert a variety of elements anywhere in a note. Images can be added with a single tap. NoteMaster for iPad 4.0 will be on sale during its first week of release for $.99; after the sale ends, its regular price will be $3.99.

Readdle has updated PDF Expert for iPad, an application for working with PDF documents, to version 2.0. Now you can fill out Static PDF Forms created in Adobe Acrobat on your Apple tablet. All editable elements of the forms like text fields, check boxes, radio buttons and list boxes work as in desktop PDF editor. Additionally PDF Expert for iPad 2.0 ($9.99) introduces two-way sync with Dropbox, iDisk and other cloud storages; printing via AirPrint.

XCool Apps has rolled out AppSwitch 1.01, an update to their app for the iPhone and iPod touch. It detects and displays all background and running processes, complete with actual names and icons. In addition to bug fixes and performance improvements, AppSwitch 1.01 brings a copy/email function to its Console feature. In the spirit of Christmas and to celebrate the dawn of 2011, AppSwitch 1.01 will be offered at the 60% off price of $0.99 for a limited time.

App Moments has updated Diet Butler for the iPhone to version 1.1. The $1.99 daily food notification/alarm and virtual fridge acts as a personal nutritionist. Using nutritional calculations and timely alerts, Diet Butler is designed to help users manage diets without the need for complex and cumbersome, calorie-counting computations. It determines the user’s ideal daily caloric intake.

TappyTaps has announced Baby Monitor & Alarm 2.0, a new version of their monitoring app for iOS devices. The app is a tool for helping parents with babysitting. In basic mode it can monitor noise in the room and and call to another phone whenever the noise rises above a specified level. Version 2.0 adds the ability to send every noise your child makes to email, a “Sweet Dreams” function for making your child fall asleep easily, and more. Baby Monitor & Alarm 2.0 for iOS is $2.99, though it’s being offered today at a special Christmas price of $0.99.

Juicy Bits has released a free update to 3D Camera for iPhone and iPod touch to take advantage of iOS 4 and the Retina display. The $1.99 app lets you create 3D photos and share them with friends on Facebook and Twitter. Many custom settings are available to control the size, quality, and method used to produce the final 3D image.

Romper Games has updated ReBounce, a $0.99 puzzle game for iPad, to version 2.1. The biggest feature in the update is new seasonal and holiday levels.

Cloudburst Games has rolled out Talking Nicky HD 1.1 for iPad users. The $1.99 app features Talking Nicky, a little girl who travels the world, teaching kids how to say greetings in foreign languages. She repeats back what kids say but in a silly voice. She dances, flies, blows kisses, puts on lipstick and proudly displays a child’s photo.

Vito Technology has updated Solar Walk, their $2.99 3D Solar System app, to version 1.6. The update is designed to explore not only the Solar System, but the whole Galaxy. Among other features are real-time trajectories of  the most interesting artificial Earth’s satellites, your current position marker, the biggest cities on the globe, and the points of interests on Mars, Venus, and the Moon. Solar Walk 1.6 also starts the educational movie collection with the first video “Solar System Planets’ Size Comparison.”

Hyperspectives has presented PolyWords 1.3 for iPad users. The $4.99 app offers users a puzzle designed to help increase vocabulary in English and French. PolyWords is loaded with fast paced action in a single person word finding game that blends the concepts of Scrabble and anagram puzzles with martial arts achievements. Once a game is completed, it can be sent to others via email, Twitter or Facebook.

ActiveTrak has introduced an update to their GadgetTrak for iOS devices. New features include background processing and tamper-proofing. GadgetTrak iOS 2 is available today for an introductory price of $0.99. This is a one-time fee and will cover as many iOS devices as are attached to a single iTunes account. Regular pricing will be $3.99. 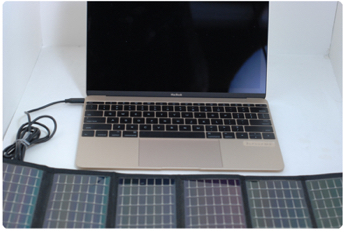