Another day, another lawsuit. A lawsuit against Apple (as well as Canon, LG and TivO) was filed Monday by a patent holder named Multimedia Patent Trust in a U.S. District Court in the Southern District of California. It’s aimed at, well, just about all of Apple’s product line, notes “AppleInsider” (http://www.appleinsider.com).

The complaint cites four U.S. patents granted to a number of different inventors between 1990 and 1996. All four inventions granted by the U.S. Patent and Trademark Office are related to digital video compression techniques. Apple is specifically accused of violating the first three with hardware it makes that plays video. In addition to hardware, the suit also names a number of Apple’s software products, including Final Cut Studio, iTunes and iLife.

Multimedia Patent Trust states that it informed Apple of its alleged violations on March 15, 2007. “Appleinsider” say the trust wants Apple to pay a “reasonable royalty on all video-capable products sold by Apple that embody an apparatus claimed by those patents.”

In January, Disney was sued for pretty much the same reasons. Multimedia Patent Trust, of which Alcatel is a 99% beneficiary, claims DVD and Blu-ray discs sold by the movie and television studios are infringing its patents. 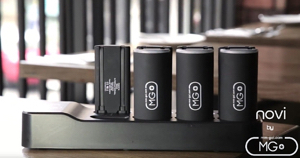 SQLitePluginPro 1.1 for both Windows and Mac

Smart speakers are the next battleground for digital assistants