No demos, betas on the Mac App Store

Following Thursday night’s seeding of a new build of Mac OS X 10.6.6, Apple updated its Developer News site (http://developer.apple.com/news/) with a few tips for developers to consider before trying to submit their Mac apps for approval.

“MacStories” (http://www.macstories.net/mac/apple-confirms-no-demos-in-the-mac-app-store/) notes that, among these tips Apple has confirmed that demos, trial versions and beta software is off limits for the Mac App Store . The company says: “Your website is the best place to provide demos, trial versions, or betas of your software for customers to explore. The apps you submit to be reviewed for the Mac App Store should be fully functional, retail versions of your apps.”

Craig Federighi, vice president of engineering for OS X, demoed Lion at the Back to the Mac event in October. The Mac App Store brings the Apple App Store experience to Mac OS X, making discovering, installing and updating Mac apps easier than ever, he said. Like on the iPad, you purchase apps using your iTunes account and they download and install in just one step.

Retrospect 14.6 for Mac is now available 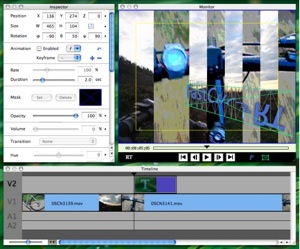 Times for Fun releases FastCut 3.1b RT fort the Mac