My post today is loaded with a number of issues of interest to Apple High tech fans.

° The iOS 4.2.1 Magic Disappearing Folder Trick I discovered a 0 day bug, in the iPad iOS 4.2.1, just released a few days ago, that Apple was completely unaware of.  I call it “the magic disappearing folder trick.”

Here is the way it works. The proud iPad user, who has just updated the iOS on their iPad, laboriously sorts a few hundred apps into the cool new folders and drags them to the home screen or the first two or three screens and figures iPad app organization is complete. (In my case a precious 11-year-old daughter has downloaded a zillion kid apps that I have little interest in.  So I put them in new folders named Games1-7.)

Then, sometime later, a number of app updates showed up as a red number badge on the blue App Store button. The user mashes the app button and chooses to update some apps over Wi-Fi. You sign in the iTunes store and a few minutes later, the apps have been updated sure enough, but all the folders are gone and the apps are redistributed completely at random over the 10 pages of screens on iPad, with not one folder left anywhere.

I have had three other iPad users contact me to tell me I am not alone and this happened to them as well. If you consider that about a dozen people probably read my articles, you have to figure this is a major issue for Apple based on extrapolation of the numbers. So far, Apple hasn’t gotten back to me on this issue and I will post any news in this space when I become aware of it.

No fix is know at this time. It is possible backing up the iPad will protect the file structure, since all the lost files I am aware of were sorted first and then an update was done via Wi-Fi. The backing up of iPad via iTunes may prevent this issue from occurring.

° Stuxnet is still causing havoc in Iran. The Iranian military and nuclear weapons program is facing embarrassing and expensive screw-ups due to the Windows PC spread malware that defies eradication. It turns out the Stuxnet worm just destroyed 5,000 out of 8,000 of the centrifuges used to refine weapons-grade uranium at the Natanz facility alone, and most of the remaining sophisticated devices were badly damaged. The fresh damage occurred around the middle of November, long after Iranian computer experts announced the worm was gone and all was restored in the facilities. It will be interesting to see if the new nuclear reactor melts down when they fire it up.

Keep in mind that the Russian engineers, who are most capable of helping them, fled Iran in terror a few months ago fearing “interrogation” by blowtorch, common to Iranian investigation procedures. All this occurred while the control systems reported all was well to the Windows PCs that were monitoring the operation. Repeated attempts to purge the control systems of Stuxnet have failed. Stuxnet-infected control devices seem to have a mind of their own and devilishly work just fine until they suddenly destroy the device they are running, while lying to the humans that everything is fine and silently spreading the infection when ever possible.

Stuxnet also has infected Iranian military computers and radar systems, it seems. Recently, during an Iranian air defense exercise an infected radar system falsely reported six enemy jets had invaded Iranian air space. The bulk of the Iranian air force was scrambled in panic to intercept and found nothing but blue sky where the radar still clearly showed six enemy jets.  The sophistication and ingenuity of the Stuxnet malware is world class. Thank the Lord that the authors of Stuxnet are on the right side.

° Homeland Security’s grasp for power over the Internet. Apple’s famous Mac ad showing big brother’s image being shattered by a woman running down the aisle throwing a hammer is based upon the George Orwellian novel “1984.”  The frightening notion that the invasive growth of an all seeing, all powerful government is inevitable, has been a concern for thinking people ever since.

Recently, I encountered email censorship of content by the .Mac servers at Apple. An innocent story I sent my editor was blocked by the servers at least 10 times over a week. I finally confirmed it was being blocked by sending the story from one .Mac account to another and having the story blocked, while a test email went from one account to another in seconds. The story was about me scamming a well known Nigerian Bank fraud bunko artist by sending him to a certain US Embassy to approach Marines to retrieve money $110,000 sent him.

Obviously, there was no money; the thief was told to ask the Marines if they were part of the “don’t ask, don’t tell” program and to wink at them. I anticipated he would end up in the hospital, which is absolutely fitting for him. That email apparently triggered a national security filtering system due to certain words that might indicate a terror threat.  I had to put the article in the form of a PDF to get it through the censor system at Apple to send it to my editor.

This sort of intrusive monitoring of the internet is already going on but may well become more even obtrusive if legislation is passed that will codify new and sweeping power over software and Internet systems. Apple and the entire Internet and computer industry would be under their control. Imagine the folks running airport security empowered to protect us from threats on the Internet.

Stuxnet and other cyber threats have caused some congressmen to draft a bill that would do just that. The debate is going to be serious and have long term ramifications for all of us. This is from the very people who “canned spam” for us. I am not sure all the “Change” proposed is for the good. Read the bill at http://hsc.house.gov/SiteDocuments/20101119133616-53768.pdf . 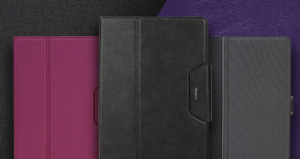 Samsung says, Apple says — and so it goes