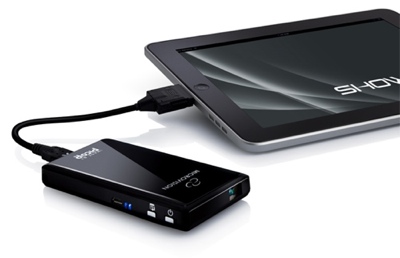 MicroVision (http://www.microvision.com) has unveiled the US$449 SHOWWX+, the second generation of its laser pico projector. With a 50% brighter display within the same slim size, it enables mobile device users to break free from the small screen and project large, clear 16:9 widescreen content wherever they are, on any surface, says Alexander Tokman, president and CEO of MicroVision.

He says SHOWWX+ is the first laser pico projector to offer a big-screen, movie-length experience that slips into a shirt pocket. Boasting two hours of battery life, 5,000:1 native contrast ratio, 15 laser lumens, a contrast ratio up to five times higher than competing products, and the shortest throw ratio of any pico projector on the market, the SHOWWX+ is the perfect accessory for expanding viewing experiences beyond a palm or pad-sized screen, Tokman claims.

SHOWWX+ is a “Made for iPod, iPhone, and iPad” product that connects using the included video component cable. Users simply play media from their own device and it instantly projects. For example, you can combine an iPhone with an application such as Netflix and SHOWWX+ to get a big-screen movie experience virtually anywhere. SHOWWX+ works with many other devices as well, including mobile phones, notebooks, cameras and camcorders — anything with Video-Out or VGA functionality — casting a 12-inch to 100-inch diagonal image depending on lighting conditions, at resolutions up to WVGA (848 X 480). 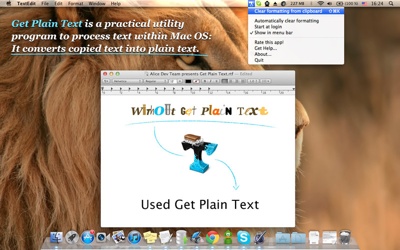