I watch the smartphone situation closely and have discovered articles that illustrate the less-than-viable competition facing the Apple iOS platform. With a new system for the iPad platform coming out any day and iPhone, flying off the shelf, is there anything out there to compete with Apple? If you mention the Android phones or the lame Microsoft platform, guess again.

While Microsoft Vista 7 is being pounded as too little too late by most reviewers, the flood of money Ballmer and company are spending will make some headway in the less astute cell phone buyer market. The embarrassing lack of apps is being hidden first by large blank tiles on the screen of the new Vista 7 cell phones instead of apps and now, it seems by downright fraudulent advertising.

Microsoft, historically, never unwilling to tout vaporware, has done it again to Vista 7 phone buyers. If you buy a Microsoft OS phone expecting it to run “Angry BIrds” since the game is displayed in Vista 7 advertising, you would be quite disappointed, as the author of Angry Birds hasn’t even decided to port that game to the Vista 7 platform yet. Microsoft is so short of viable apps in its online store it has taken to virtual fraud displaying art for games that are not even under development yet, as if they are available today. No disclaimers were evident.

Then it seems the Android market is fragmented in a way I hadn’t even considered. It seems there are at least 20 flavors of Android phones that can’t all run the same apps. One would imagine that the Android platform is the Android platform and a game once written will run on all Android phones. You would be imagining wrong. This is exactly the problem Microsoft had trying to find the lowest common denominator for PCs made by a lot of manufacturers. Subtle differences in the hardware can screw up software that is fine tuned for another vendor’s phone.

There are so many ways an open system can destroy the user experience due to unforeseen variations in hardware.  Apple controlling the entire platform makes our experience much more predictable. I am looking forward to the new OS for iPad, coming any day.

On another note, I am often disheartened by the cold hearted nature of the Internet browsing public. My impassioned appeal for donations to buy the poor little Gates children iPads so the other kids won’t laugh at their Zunes and the fund to pay for tongue reduction surgery for Steve Ballmer have gone unheeded and no donations have come in yet. 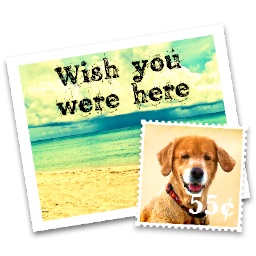