“MacTech Magazine” has announced the results of its MacTech Conference 2010 attendee survey, and wrap-up information. Held in Los Angeles, almost 300 people took part in the first ever MacTech Conference from Nov. 3-5 at the Sheraton Universal.  The conference had both general sessions, and two tracks focused on IT and developer topics for the Apple market.  The session-packed, immersive conference provided not only an opportunity to learn, but all meals and evening activities as part of the conference registration.

The conference began with the first public demonstration of Mac-based Planetary Exploration Rovers, and a keynote address about Lion (Mac OS X 10.7) by Andy Ihnatko. The IT and developer tracks had over 40 sessions from speakers. Dozens of attendees took advantage of the option to take an Apple Certification Exam at the conclusion of the conference. In the evening hours, attendees took part in an exclusive trip to the world renowned Griffith Observatory including a behind the scenes talk on the making of planetarium shows, and the MacTech Party where guests enjoyed billiards, arcade games, bowling and more.

Breaking the typical trend of conferences being regional in nature, MacTech Conference attendees came from over 35 states and 10 countries as far away as Sweden, Italy, Australia and Japan. In fact, less than 15% of attendees were from the local area of Greater Los Angeles and nearby counties. As a result, MacTech Conference 2010, in its first year, is already established as a truly international conference, says Neil Ticktin, editor-in-chief/publisher, “MacTech Magazine.”

The attendees rated the conference, facilities and speakers in a post-conference survey as follows:

° 98.5% said they planned on attending, or would consider attending, the next MacTech Conference.

° 100% would recommend the conference to others.

° 100% thought the conference was well organized.

° 93% rated the conference better than other conferences they’ve attended.

° 100% said the conference fulfilled their reasons for attending

° 94% of the attendees spoke directly to sponsors at the conference.

° 95% were pleased with the food offerings, with more than 3/4 of attendees rating the meals highly.

“Clearly, our sessions chair Ed Marczak did an incredible job of assembling top-notch speakers with the professional expertise and knowledge that attendees desired,” says Ticktin. “In addition, with a packed schedule of sessions, meals, breaks and activities, the attendees had a chance to spend time together, form relationships that will serve them well professionally, and strengthen their sense of community. To see so many fill out the substantive post-conference survey, combined with continued streams of very positive comments on-site and the incredible survey results after the event, it’s clear we hit a home run.  It touched our whole team to see the attendees give the conference itself a standing ovation.  In the end, that tells it all.”

MacTech Conference’s official charity for the event was the Griffith Observatory’s “School Field Trip” program run by the Friends of the Observatory (http://www.friendsoftheobservatory.com/).  In addition to raising money for this event, attendees showed their incredible and spontaneous generosity of support, services and products to the Observatory.

One of the most visible examples of this was when Mike Lee purchased, on the spot, eight iPads for the Observatory’s planetarium show team. Other forms are taking place over the months to come from a number of different attendees.

ZDNet: Apple should not be granted patent for iPod UI 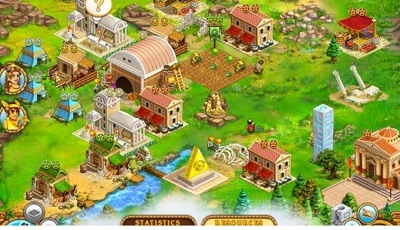 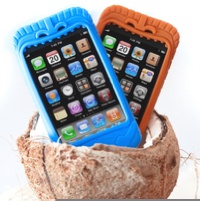