Dot Hill Systems Corp. (http://www.dothill.com) has introduced its AssuredSAN 3320 and 3330 four-port 1Gb iSCSI storage arrays, which will be sold into original equipment manufacturer and channel markets.

Available in a dual or single RAID controller configuration, the 3320 and 3330 support data rates of 1GB/second iSCSI. Another key feature of the AssuredSAN series is data-in-place migration, allowing customers to install any of the 3000 Series controllers into an existing Dot Hill array and immediately recognize the data sets already established on the storage arrays.

The AssuredSAN 3320 arrays are equipped with 2.5-inch drives, whereas the 3330 storage systems are configured with 3.5-inch drives, supporting mixed-drive configurations of SAS, SATA, and SSDs. Like all members of the 3000 Series, the 3320 and 3330 come with optional AssuredSnap and AssuredCopy data protection software.

AssuredSAN 3320 and 3330 SAN arrays have begun shipping through key OEM partners, and are expected to be available through Dot Hill authorized resellers starting in December at a starting list price start at US$15,568. 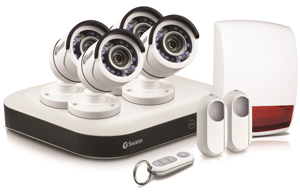