“AppleInsider” (http://www.appleinsider.com) says iWork ’11 is ready to go and is simply waiting for Apple to launch the Mac App Store.  Introduced at October’s “Back to the Mac” event, the Mac App Store will be built into Mac OS X Lion, when it prowls in 2011. However, Apple is releasing a version for Mac OS X 10.6 (“Snow Leopard”) before year’s end.

Craig Federighi, vice president of engineering for OS X, demoed Lion at the Back to the Mac event. The Mac App Store brings the Apple App Store experience to Mac OS X, making discovering, installing and updating Mac apps easier than ever, he said. Like on the iPad, you purchase apps using your iTunes account and they download and install in just one step.

App updates are delivered directly through the Mac App Store, so it’s easy to keep all of your apps up to date. The Mac App Store will be available for Snow Leopard within 90 days and will be included in Lion when it ships next summer.

Quoting “people familiar with the matter,” “AppleInsider” says development of iWork ’11 wrapped up this fall and the software was initially slated for an introduction alongside iLife ’11 last month, but was held back at the last minute for “undisclosed reasons.” Now the plans are for the apps included in the bundle — Pages, Numbers and Keynote — to be available for purchase individually when the Mac App Store debuts.

“Those familiar with the matter said it remains undecided whether Apple will also release a retail box version of the iWork suite, as it has been sold previously,” says “AppleInsider.” “Alternatively, it could become the first piece of major Mac software from the Cupertino-based company to be available exclusively online.” 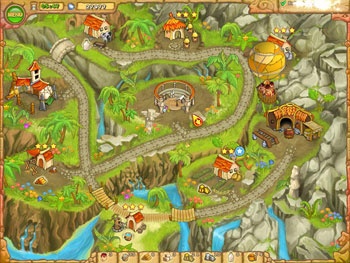