The iPad and its ecosystem are likely to disrupt existing technology use profiles and business models, and CEOs should ensure that its potential is being seriously evaluated inside their organizations, according to a new report from Gartner Inc (http://www.gartner.com).

“It is not usually the role of the CEO to get directly involved in specific technology device decisions, but Apple’s iPad is an exception,” says Stephen Prentice, Gartner Fellow and vice president. “It is more than just the latest consumer gadget; and CEOs and business leaders should initiate a dialogue with their CIOs about if they have not already done so.”

Unless there is a self-evident case to the contrary, Gartner recommends that IT organizations should provide at least “concierge”-level iPad support for a limited number of key users, and prepare a budgeted plan for widespread support of the iPad by mid-2011.

“Individuals are willing to buy these devices themselves, so enterprises must be ready to support them,” says Prentice.  “While some IT departments will say they are a ‘Windows shop’, and Apple does not support the enterprise. Organizations need to recognize that there are soft benefits in a device of this type in the quest to improve recruitment and retention. Technology is not always about productivity.”

Gartner also recommends that CEOs ask their marketing and product development teams to present a creative briefing as soon as possible, detailing how iPads could be used by the company and its competitors, because the iPad has the potential to be hugely disruptive to the business models and markets of many enterprises.

“We are already seeing announcements about competing devices from other vendors, including RIM, Samsung, HP and Dell, but the iPad is currently well ahead of the pack with the lion’s share of the market,” adds Prentice.

Like the iPhone before it, the iPad is an iconic device that redefines markets. Media “gurus” and forecasters struggled to categorize this device at the time of launch — and some made the mistake of assuming that, like all tablet-format devices before it, it would remain a niche product for a limited market.

According to Gartner analysts, the iPad is not a notebook replacement for most users, but a valuable companion device. As it is much less intrusive in face-to-face environments than conventional notebooks, it is well suited to a sales or information-sharing environment. It also makes electronic media consumption effortless and casual, thereby increasing consumption.

As use of the iPad grows, examples are emerging in industries and professions including consumer applications (such as a personal stock portfolio review), book and magazine publishing, architects and realtors sharing plans in the field, finance specialists sharing quotations with prospects, and salespeople looking to demonstrate interactive presentations. Interest from the healthcare sector is high, but the inability of the device to withstand sanitization or operate inside a sealed pouch is a limitation.

With an undeniable “style” factor and ease of use, as well as various multitouch, display and communications capabilities, the iPad makes a strong statement in many customer-facing sectors, such as retail, hospitality and tourism, says Gartner. In transportation, especially aviation, Australian carrier Jetstar is trialing an iPad rental service for in-flight entertainment, and Malaysia Airlines is using iPads in a kiosk mount as self-service check-in devices. Gartner advises CEOs to act sooner rather than later.

“While there are no certainties, the iPad looks set to become a market-disrupting device, like the iPod before it,” says Prentice. “Even if you think it is just a passing fad, the cost of early action is low, while the price of delay may well be extremely high.” 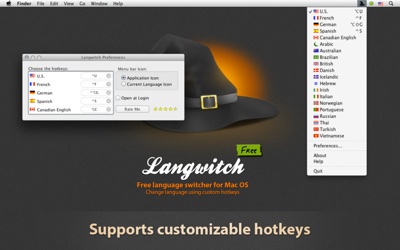