Apple has released the Golden Master (GM) version of iOS 4.2 to developers. The GM build is usually the last one that will soon be released to end users.

Among the features in iOS 4.2 — which Apple has said will be released this month — is AirPlay and AirPrint. The former is a system that streams audio, either wirelessly or over Ethernet, to third-party speaker docks, A/V receivers, speakers and more.

AirPrint is wireless printing for the iPad, iPhone and iPod touch. It automatically finds printers on local networks and can print text, photos and graphics to them wirelessly over Wi-Fi without the need to install drivers or download software. HP’s existing and upcoming ePrint enabled printers will be the first to support printing direct from iOS devices.

AirPrint is designed to support a range of printers from entry level inkjet printers to office laser printers. Additionally, iOS 4.2 devices will be able to print to printers shared through a Mac or a PC. iOS 4.2 compatible HP printers this fall include the HP Photosmart, Officejet, Officejet Pro and LaserJet Pro series ePrint enabled printers. 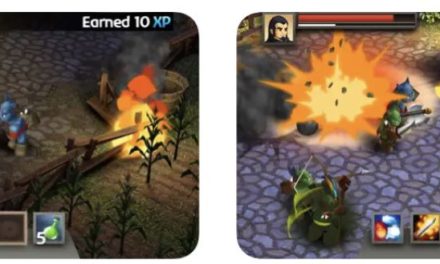 Battleheart Legacy+, a casual puzzler, is the newest game on Apple Arcade