Apple has updated its its Apple Store app for the iPhone, iPod touch and iPad. The new version enhances the reservation process and adds the ability to engrave and gift wrap some products. Apple Store 1.1 allows you to check-in for Genius Bar appointments and reservation pickups.

AppMobi has announced its free AppLab interactive eBook app. It’s intended for people who are interested in creating mobile web sites or native smartphone apps, and want to learn how to leverage the powerful new capabilities of HTML5.

Conduit, powering apps for its network of over 250,000 web publishers and their 170 million users, and Justin.tv, a live video community on the web, has launched Justin.tv Browser App, which lets users view streaming video on the Internet via an interactive web app. The Justin.tv Browser App allows users to connect to the Justin.tv platform to view videos in popular categories, such as sports, news, technology, education, gaming, entertainment and more without ever having to navigate off of the site they are visiting.

DigiOn has released DiXiM DMC, a media control application for the iPhone, iPod touch and iPad. The application, available in Japanese and English, is available as a free download for a limited time until Nov. 30.

Trucking Advantage has unveiled PocketFuelCal 1.0 for iOS devices, a $1.99 fuel surcharge calculator for transportation industry professionals and business travelers around the world. It has a custom user interface designed to resemble a vintage gas pump, is loaded with 37 currencies, and can be set to calculate with mpg, km/L, or L/100km.

Apalon has rolled out Calculator Pro 1.0 for the iPad. The $0.99 app features standard and scientific modes allowing all users to perform basic and advanced calculations. Customizable themes are also built in, letting everyone adjust the look and feel of the calculator.

Eagle has debuted Zen Artist 1.0 for the iPad. With the $0.99 app, you can draw art “like Van Gogh.” Your finger is the magic brush. Zen Artist features 12 Zen textures like months of a year, four Zen BGM like seasons, three Zen sound effects, 60 zen colors for four seasons, support for Google Image Search and Photo Library and more.

Comboapp has produced Pocket MBA — Analyzing Cost Data for Management for the iPad. The $39.99 learning app outlines a multitude of important fiscal data management concepts and practices that will provide you with a viable supplement to better understand how to process, develop, and ultimately analyze business costs and other financial data.

Redbot Software is offering Time Lapse Photo Journal Express 1.0 for iPhone and iPod touch users. The free app allows users to create photo journals of their lives, and then play back the photos they take over the weeks, months or years, as time lapse video slideshows. Videos can be uploaded to share on Facebook. The app includes advanced iOS 4.0 features, such as auto-save and restore, and Push Notification reminders.

Andrew Garrison has announced Touch Island 1.0 for iOS devides. It’s a 3D modeling and rendering app that enables the user to create a photo-realistic island surrounded by ocean. Sculpting mountains, valleys, and lakes is accomplished with a single finger. An auto-color function assigns shading by altitude, or color may be applied manually. The angle and altitude of sunlight, and camera angle are adjustable, and rendering with textures and reflections is done using ray-tracing.

Daniel Isenhower has released Nice RSS 1.0 for the iPad. It’s a $2.99 RSS browser/reader built around a customizable menu system that allows the feed list to be docked against any edge in either landscape or portrait mode. Nice RSS also includes its own web browser function, YouTube and Vimeo video playback, integrated sync with the user’s Google Reader settings, adding and deleting subscriptions, and built-in sharing connectivity.

Brain Counts has introduced Kids Math Ace, a $1.99 iPhone app parents can use to teach basic math facts to kids that require the use of visual learning techniques, to help them better understand addition and subtraction’s basic concepts. Math Ace offers increasing levels of difficulty as well as easily adjusted settings so parents can focus the application on their child’s trouble areas. Kids Math Ace incorporates colors and sounds into the educational games to attract the attention of the child.

Go Forth Apps has unveiled Scary Clown Booth 1.0 for iPhone, iPod touch and iPad users. The $0.99 allows users to transform themselves into creepy clowns using the iPhone camera or photos from their albums.

Simply Postcards has announced a free iPhone app that lets users mail their photos as real postcards from their mobile device to anyone in the world. Users select a photo from their iPhone’s gallery or snap one on the spot, add a note, and choose an address from their contacts list; Simply Postcards takes care of the rest: It’s printed, stamped and mailed the next day. Every user receives their first postcard free.

Davka Corporation has released cRc Kosher 1.0 for iOS devices. It’s a free app that includes kosher product information, a guide to kosher fruits and vegetables, and a listing of more than 80 recommended kosher agencies worldwide, as recommended by the cRc, the Chicago Rabbinical Council. Users can scroll through an alphabetical list of brands and foods, or quickly search the app’s database to find the necessary information.

SlothMedia has announced KosmicMath-Family 1.3 for the iPhone and iPod touch. The $4.99 captivates children to master their math tables. This release expands the Kosmic Math product suite to include five new single player, single grade offerings. Improved game flow allows users to directly access all modalities of the entire program, jumping between grade levels and challenging themselves to any one of over 25 levels of play.

Daemgen has released ProCamera 2.95 for iOS devices. It’s an update of the $2.99 ohotography app that now stores both location finding and directional metatags with each photo. Designed specifically for architects, civil engineers, film location scouts, realtors, Feng-Shui and Vastu Shastra consultants, insurance adjusters, and law enforcement, the user may now save the exact GPS location from which the photo was taken, plus the precise compass direction in which the camera was pointed.

Alcoa has launched a free app compatible with iPhone, iPod touch and iPad that will make easy for consumers to recycle aluminum cans. Aluminate will help consumers find recycling centers, track how many aluminum cans they recycle, and calculate the cash they can earn as they help protect the environment through recycling aluminum cans.

Shiny Frog has introduced Delibar 1.0 for iPhone. It’s a $1.99 Delicious and Pinboard iPhone client, and will use those services for synchronizing your bookmarks on the cloud. Delibar syncs one or more Delicious/Pinboard accounts and lets you find, add, edit and modify your bookmarks directly from your iPhone. All your bookmarks are just a tap away. Searches can be saved for later access and Delibar allows you to browse your bookmark using your own tags.

Anystone Technologies has introduced Tuto’s Nite Light 1.2 for iOS. It’s a $0.99, children’s sleep promoter app designed to help to ease the bedtime routine for children and parents. You can replace that old fashioned wall plug night light with an iPhone. Tuto’s Nite Light features a sleepy owl named Tuto who is perched on a branch against a starry night sky. 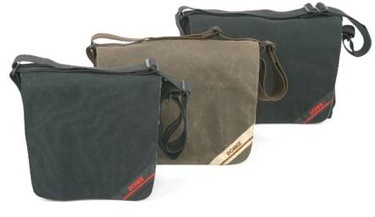