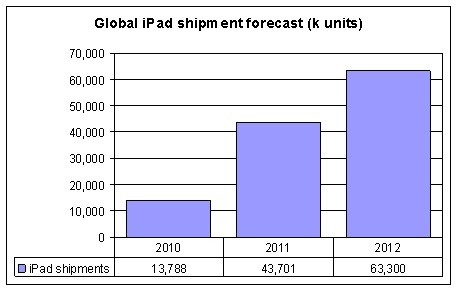 Amid indications that iPad component availability is improving, iSuppli Corp. (http://www.isuppli.com) is raising its shipment forecast for the product to 13.8 million units in 2010, up from its July outlook of 12.9 million.

Apple in its earnings announcement for the fiscal fourth said it shipped 4.2 million iPads during the three-month period ending Sept. 25. The pronouncement indicates that Apple has been able to overcome limitations in component supply so that it can ramp up production.

“In its previous iPad forecasts, iSuppli noted that the only constraint on shipment growth now is production — and not demand,” says Rhoda Alexander, director of monitor research for iSuppli. “The only factor limiting production is the availability of key iPad components, such as the Field Fringe Switching (FFS) LCD panels, projected capacitive touch screens and NAND flash. Despite ongoing yield issues, Apple’s suppliers have steadily increased monthly production to meet Apple’s demand. Production rates are now on target to meet the expected strong fourth-quarter sales.”

By end of year, iSuppli expects the iPad production rate to approach or exceed 2.5 million units per month.

With Apple bringing on additional suppliers in 2011, iSuppli also has increased its 2011 shipment forecast to 43.7 million units, up from 36.5 million, and expanded its 2012 outlook to 63.3 million units, up from 50.4 million previously. Beyond its rising production, iPad sales also are benefiting from improvements in Apple’s retail strategy, says the research group.

“In addition to its traditional channels, Apple now is expanding to sell the iPad through new retailers, including Amazon, Target, Verizon and Walmart,” Alexander says. “Apple has moved more rapidly than expected to push the iPad out to new retailers, which will give it maximum retail presence during the critical holiday sales period.”

Demand for the iPad is rising as users find new ways to use the product to replace tasks previously done on or with paper. Interest from the education sector also is increasing, says iSuppli.

Apple has yet to offer incentives to the education segment to purchase iPads. However, the company is expected to offer those kinds of packages in 2011 and beyond, similar to deals that Apple currently offers on its laptops to students and teachers, says iSuppli. As usage increases in primary education, expect increased interest from students — other family members, young and old, etc. — notes the research group. 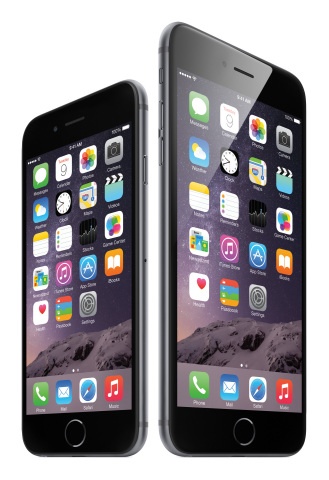