Logic Consulting has announced BaDaBing 1.0 for the iPad, a free, animated, virtual drum kit. The animations of the drum kit provide the user instant visual feedback in addition to sound. The drum surfaces depress and the crashes rock back and forth giving the user a complete experience.

Unicorn Media (http://www.unicornmedia.com), which specializes in video workflow optimization technology, has released Unicorn Once, a stream management service for IP-enabled devices including mobile and iDevices (iPad, iPhone, iPod Touch). This patent-pending technology allows publishers to incorporate dynamic ad integration and real-time video analytics for the first time when delivering content to iDevices and other mobile platforms.

Big Bad Brush has grown Big Bad Flower 1.0, a $1.99 iPhone app. In the game, users will team up with this evil flower to achieve its goal of world domination. Big Bad Flower features 15 chapters with lots of creatures to battle, three different levels from backyard to space, three bonus levels, and more.

Vision Thing Software has introduced Ballywoo — The Game Sensation of 1932, a $0.99 game for iPhone and iPod touch platforms. Based on an old classic, it recreates one of the first commercial, mass-produced pinball machines ever made.

Brain Counts has unveiled Approach to Montessori — Numbers 1.0, their first iPad app. The $2.99 app is first in a complete series of Montessori-centric educational apps for kids ages two and up. By taking advantage of the iPad’s touch based multimedia technology, Parents can now teach their kids number concepts focusing on the key Montessori principles of learning through doing.

Readdle has debuted Printer Pro, a new iOS application that adds highly anticipated printing capability to the iPad. The $6.99 app lets iPad owners print email attachments, documents, web pages, photos and other types of content from their devices. Printer Pro can print directly to many Wi-Fi printers and to any printer attached to the Mac or PC via a helper Printer Pro Desktop application installed on the computer.

Laub Apps has produced My Shopping List 1.0, a $0.99 app for the iPhone, iPad and iPod touch. It works just like a common shopping list, with a bonus feature, enabling you to write down items, check them off and finally, to link them to a Facebook group or a Facebook event.

Mobile Parking Apps has rolled out its fifth location-based city parking application for iPhone, iPod touch and iPad users. The new application is for Los Angeles, with Chicago, San Francisco, San Diego, and Seattle apps already existing. Each app provides detailed information for on and off street parking, gas stations, real-time traffic, and public transportation within a specific city. The apps make it easy for users to find locations and compare prices. Each Mobile Parking Apps product is $1.99; there are also free, “lite” versions.

Clinically Relevant Technologies is offering their Mobile Orthopaedic Manipulative Therapy app suite for all iOS platforms. The apps are designed for clinicians, teachers, and students who use OMT and sport nearly 150 techniques and video. Each of the three Mobile OMT apps in the OMT suite is $29.99.

ADP, a provider of HR, payroll and benefits administration services, has announced the free RUN Powered by ADP mobile payroll for iOS devices.

NeoWORX has released NeoWORX 1.0, an iOS version of the NeoWORX web traffic tracking and analysis service for Mac and PC. The free app enables the user to track the time, date, and location of anyone, worldwide who visits the user’s blog, web site, eBay store, social page, etc. NeoWORX is a subscription-based service. After an initial free 15-day trial period users have the choice to either subscribe to a paid subscription plan to continue using Premium services, or continue with reduced functionality free services. Subscriptions start at $1.95 per month.

DssW has introduced Power Manager Remote for the iPhone and iPod touch. It’s a free app for users of Power Manager. With Power Manager Remote users can control their Mac’s energy saving schedule remotely. Users can view and adjust their schedule, trigger on-demand events, and view active notifications. Connections over wireless and mobile networks are supported and all connections are secured by SSL.

LambdaMu Games has launched 4Towers: Episode 2 “Evolution” for the iPhone and iPod touch.  Episode 2 is available as an update to 4Towers, while the app itself will be free through Oct. 22. 4Towers is a Tower Defense game that centers on creating different effects through the use of four basic towers. Players are able to customize their plan of attack by combining these basic towers to unlock different effects while accumulating funds that can be immediately used to purchase upgrades as each successive enemy wave becomes more difficult.

Logic Consulting has released Mother Goose Interactive Nursery Rhymes 1.1 for the iPad, an update to the $4.99 that combines re-mastered original illustrations by Blanche Fisher Wright and the powers of the iPad to bring readers a new experience of classic nursery rhymes. It includes several new animations and hidden features.

Samuel Harvey has updated Scrambleface, a $1.99 game for iPhone and iPod touch users, to version 1.1. The game takes a live video feed from the front facing or back camera and makes it into live action sliding puzzle levels. Each level is randomly generated so there are thousands of combinations of puzzles. You can play each level over and over as they are different each time.

Feel Great Games has unveiled Mogul 1.01, an update to the free, virtual property trading game for the iPhone. Players buy properties by taking photos of real world buildings — from the Eiffel Tower or Golden Gate Bridge to their home or local landmark. New purchases, or investments in other players’ properties, drives prices both up and down in Mogul’s virtual global property market. 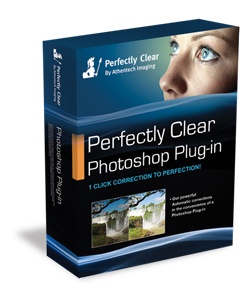