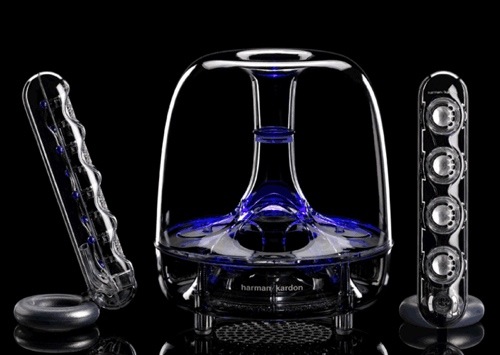 Harman Kardon (http://www.harmankardon.com) has announced the third generation of its SoundSticks speakers. They’re available now for US$209.99. The three-piece desktop speaker system pairs with virtually any multimedia device.

According to the folks at Harman, Compared to its most recent predecessor, the SoundSticks II system, which was released in 2004, the refreshed SoundSticks III comes with significant upgrades, including a satellite power switch and improved audio cable with a new braided, discrete look. Also, the new speakers boast modern white lights and a “dramatic and elegant trim” designed to match the modern high-gloss black trim of Apple’s iMacs and MacBooks.