According to new forecasts from ABI Research (http://www.abiresearch.com), just over 11 million media tablets and  43 million netbooks will ship worldwide this year. That’s somewhat lower than observers expected at the end of last year based on the diminutive computers’ remarkable showing in the period following their introduction, per the research group.

Part of the drop in demand for netbooks may be laid at the feet of the potentially-competitive media tablets. However, tablets are still a long way from the 40-50 million annual shipments that ABI Research considers the threshold for a “mass market” product — a definition that netbooks still fit.

“Apple has sold a few million iPads in its first quarter, which is great for creating a new market,” Orr says. “But early adoption of media tablets is not outpacing netbooks. The iPad average selling price above $650 isn’t driving mass adoption. Competition, especially on price, is needed.”

Apple, which has had the tablet market almost to itself, will soon have company. Samsung will start selling its Galaxy Tab through network operators this year, a distribution model that differentiates it from the iPad. The operators want a piece of the new device market, not simply to provide services. In the US, the Galaxy Tab will be available through all four of the largest operators, which could make it a strong competitor to the iPad. Vodafone will carry it in the UK and possibly elsewhere, as will NTT DoCoMo in Japan.

To date, tablets’ use-case is almost entirely consumer-based; the enterprise market for tablets as a real replacement for laptops and smartphones is virtually nonexistent. However, says practice director Kevin Burden, “RIM’s new PlayBook tablet may be more palatable to IT managers because at this point it’s not a standalone device: it needs to be paired with a BlackBerry.”

Rep. Khanna introduces bipartisan legislation to study effects of broadband on the economy 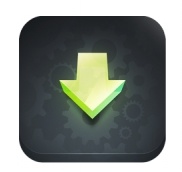