Valve (http://www.valvesoftware.com) has announced the latest growth data for Steam, a platform for Mac and PC games and digital entertainment, revealing new account growth of 178%, sales growth of over 200%, over 200 Steamworks games shipped to date, and more.

During the past 12 months the platform had year-over-year new user growth of 178%, pushing the total number of active accounts to over 30 million, with over 1,200 games now offered. Peak simultaneous player numbers were also up to over three million, with over six million unique gamers accessing Steam each day.

In addition to new user growth, Steam sales during the trailing 12 months increased by more than 200%, putting it on track for a sixth straight year of realizing over 100% year-over-year growth in unit sales. To meet this demand, the Steam infrastructure has been increased and now has ability to run at 400Gps, enough bandwidth to ship a digitized version of the Oxford English Dictionary 92.6 times per second.

“Steam is on track to record the biggest year in its six year history,” said Gabe Newell, president of Valve. “The year has marked major development advances to the platform with the introduction of support for Mac titles, the Steam Wallet and in-game item buying support, and more. We believe the growth in accounts, sales, and player numbers is completely tied to this work and we plan to continue to develop the platform to offer more marketing, sales, and design tools for developers and publishers of games and digital entertainment.” 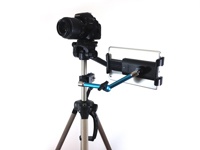