When one considers the potential for Microsoft to elbow their way into the smartphone market with their “late to the party” Mobile Vista 7, there are distinct categories of customers that have to buy it in significant numbers for the product to succeed. If we examine the smartphone market that exists today from the basis of a customer category analysis, the prospects are quite grim for Microsoft. Who is going to buy it?

While throwing half a billion dollars at advertising can sell Miss, Piggy as a ravishing beauty queen — and that will work for a while — but there is no amount of lipstick that can make her not a pig. She still stinks and oinks. and I think Mobile Vista 7 will oink like the Microsoft pig that it is. Developers and hardware companies alike might bank on the tons of short term money Microsoft is willing to risk to buy their way into the smartphone market they advocated to Apple and Google, but it might well be a major disaster for all involved. If Mobile Vista 7 fails, it will certainly take Ballmer down with it. The stakes are high indeed for Microsoft.

There is a certain type of consumer who is normally the first one on the block to have the newest tech toy that comes out. Will Microsoft’s new phone platform attract them? I think the answer is a solid “no,” and there are a number of reasons for that. Then the issue becomes will people abandon their existing platform to buy into Microsoft’s? Finally, will people sitting on the sidelines with an old cell phone that is just a phone buy into the well known existing platforms of Apple, Rim or Google or bite the bullet and buy Microsoft?

Timing is everything with high tech. By the time new technology is actually covered by a patent, the underlying novel ideas that are to be protected are already out of date. Just as under Moore’s Law, ,icroprocessors double in effective speed every 18 months, you can figure the active life expectancy of tech is about one to two years before it becomes a bit or very stale. While it might seem strange for me to quote Bill Gates in an article panning his companies newest trick, he once was quoted as saying, “companies that don’t obsolete their own products are doomed to see the competition do it.” Ballmer must not have been at work that day. Microsoft’s smartphone software platform has almost completely been made obsolete by Apple and Google already.

If we consider the various categories of people who might buy the new phone platform we have blatant early adopters who will buy almost anything new that has a buzz about it. You can sometimes attract beautiful women walking a cute dog on the beach and some women are attracted to a cool smartphone they have never seen before laid out on the bar. That sort of person is not the bread and butter customer that will be the bulk of the market, but they are an element. Japan is a place where there are more early adopters than most places. If Microsoft does well there it will be a good sign for them. Microsoft’s problem is that early adopters bought a modern smartphone three or four years ago and own a substantial inventory of apps. Getting them to junk all that investment is not so easy. Early adopters have already gotten their phones.

Late adopters are the people who still own dumb phones. You know, the phones that are just cell phones. Some late adopters want to make the plunge into owning a smartphone but they tend to be cautious and go with something safe. Buying a new platform is not safe. Safe is something that has been out there a while and is proven to user friendly.

Apple and Google both have a lot of business people who have switched from RIM to iPhone or Android who won’t consider the Windows platform due to constraints from their companies tech policies. Also, keep in mind Microsoft has designated the new Mobile OS as a consumer platform and not a business platform anyway.

The concept of taste is only an oral phenomenen for Steve Ballmer. How many pictures have you seen with Steve Jobs sticking his tongue out? Design of the actual phones is the work of the various phone manufacturing companies that are issuing Mobile Vista 7 phones. We know that the combination of skills seen in Steve Jobs and Jonathan Ives results in a work of art for everything that comes out of Cupertino. The beautiful software accents the design of Apple hardware. Microsoft has numerous phone manufactures building phones that are not alike and not as artistic as Apple iPhones.

The learning curve is a biggie for late adopters, and Microsoft is the world expert on creating steep learning curves for all their product. How are you going to capture people if you can’t make them fear losing the vast experience they have invested in learning to use Microsoft products? While Apple is about simplicity, Microsoft is all about adding feature after feature and complexity upon complexity to everything they do. While Vista 7 is new from the ground up they say, the very culture of Vista and Kin and Zune lives in the new smartphone platform. Will the learning curve issue hurt something new that has the Microsoft name on it? Yep.

The developer base and apps are hand in hand the biggest single issue that faces adoption of the new smartphone platform. Developers are sure to stand back a wait to see if the new platform is really going to fly before they invest in building apps for Vista 7. Conversely, the investment people have in paid apps and free apps they like that run on iPhone and even Android (if indeed any Android apps are actually paid for) represents a good reason for a lot of us to avoid Vista 7 like the plague.

New platforms always have issues and people may well wait until those problems are solved to buy in and by the time people are no longer fearful of new platform issues it will be even “later to the party.”

For all the above reasons, the success of Vista 7 is in serious doubt despite the half a billion dollars of advertising we are going to be subjected to. There just isn’t any compelling reason for an additional smartphone platform to find critical mass in the market place, and I can’t find any customer base Microsoft can count on. The street has already discounted Vista 7 as a flop in placing a market value on the company. 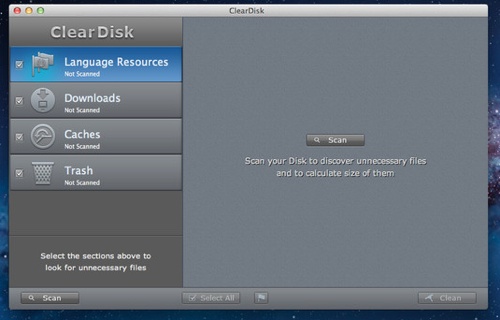 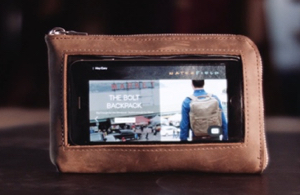