OWC’s 8x and 16x PCIe SSD cards will be available with up to eight SSDs for capacities up to 3.2TB, offer up to 4GB/s sequential Reads/Writes and up to 480K IOPS, provide 28% over provisioning for data reliability, and double data encryption for security assurance. Exact pricing and model configurations for the OWC Mercury Extreme Pro Enterprise PCIe Solid State Drive (SSD) cards will be announced in early 2011. 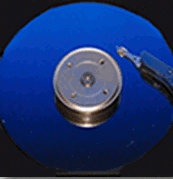