Testing for the panels for the ‘iMac touch’ underway? 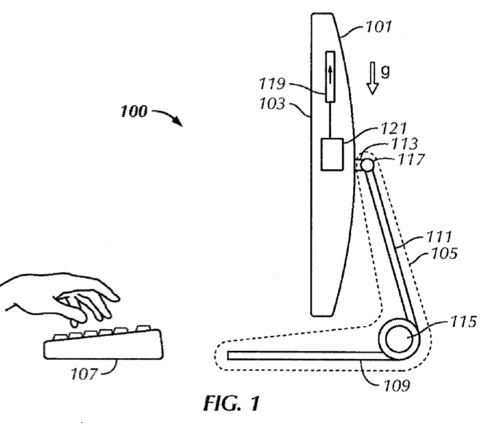 Since current capacity for 20-inch and above projected capacitive touch panels is limited and the technology involved quite complex, Sintek, which is equipped with 5.3G generation production lines, has a good chance of becoming a supplier of the new models, the article says. The next iMac is rumored to have a “good vertical and horizontal viewing angle, and its projected capacitive touch panel will adopt a one-glass solution, which integrates the touch sensor and cover glass, to reduce thickness and weight,” says “DigiTimes.”

In August it was revealed that Apple had filed a patent for “transitioning between modes of input” that hints at an “iMac touch.”

A change of orientation can be detected with one or more sensors, such as an accelerometer, position sensors, etc. Transitioning from one mode to another can include modifying an item displayed in the UI of the one mode into a corresponding item displayed in the UI of the other mode. The modifying can include enlarging/reducing, obscuring/unobscuring, moving, etc. For example, an item can be obscured by the visual effect of sliding it off of the screen. The inventor is Paul Costa.

Here’s Apple’s summary of the invention: “Many types of input devices are presently available for performing operations in a computing system, such as buttons or keys, mice, trackballs, joysticks, touch sensor panels, touch screens and the like. Touch screens, in particular, are becoming increasingly popular because of their ease and versatility of operation as well as their declining price. Touch screens can include a touch sensor panel, which can be a clear panel with a touch-sensitive surface, and a display device such as a liquid crystal display (LCD) that can be positioned partially or fully behind the panel so that the touch-sensitive surface can cover at least a portion of the viewable area of the display device.

“The foregoing can be addressed by providing transitioning between modes of input, for example, transitioning between touch-based input and mouse/keyboard-based input, by sensing a change in the orientation of a touch screen display. The change in the orientation of the display can be detected by one or more sensors. For example, an accelerometer in the display can sense the force of gravity along an axis, and the measured force can be used to determine an angle of the display with respect to the ground (i.e., the plane perpendicular to the direction of the force of gravity).

“In this case, detection of touch in these areas could be used in addition to orientation information from one or more other sensors, such as accelerometers, position sensors, etc., to aid in the detection of a change in orientation of the display. As one skilled in the art would understand in light of the present description, other types of sensors may be used, and different types of sensors may be used in combination, to sense the orientation of the display.

“The transition effect may be implemented in different ways including, for example, items may be slid off the screen in any direction, at any speed, etc., portions of certain “obscured” items may remain displayed on the screen, items remaining on the screen may be enlarged by the same fixed percentage, by different percentages, and/or some not enlarged at all, and the relative positions and/or appearance of some or all of the items remaining on the screen may be changed or modified in ways other than an increase in size.” 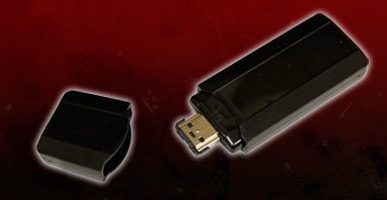