You can battle your way to victory on land, sea and air as Feral Interactive announces the release of Battlestations: Pacific for the Mac on Friday, Oct. 8. Developed by Square Enix London Studios, the game takes the action/strategy game play of Battlestations: Midway to the next level with two campaigns.

One campaign is based on the actual events of the War in the Pacific, and the other a ‘what-if?’ scenario based on the premise of Japanese victory. The historically accurate U.S. campaign invites players to relive some of the key naval battles of World War II, by leading the U.S. forces from the battle of Midway all the way to Okinawa. The Japanese campaign lets players take command of the Imperial forces and change the outcome of the war by defeating the US forces in the Pacific and expanding the Empire of the Sun all the way to Hawaii.

The game will retail in North America for US$39.95. It’s available to pre-order from Feral’s online store (http://www.feralinteractive.com/?section=buy&game=bsp). Minimum system requirements call for an Intel Mac with at least 2GB of RAM, a 256MB or better graphics card, DVD drive, and Mac OS X 10.5.8 or later. 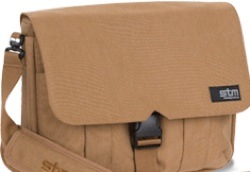 The Ultimate Photoshop Quiz is launched by NAPP