Broadcast TV is becoming a class-defining technology.  People who have the money to spend on entertainment are going to alternative ways to obtain video content. The numbers are disturbing to the broadcast industry, which relies on heavy advertising to survive. Even in the deepest recession in the living memory of the American public, the share of viewers watching “free” broadcast TV (over-the-air) are declining. Frankly, when almost half of over-the-air programing is advertising, it is no wonder those who can afford to get TV other ways do so.

The content providers are getting used to a steady stream of money from cable and satellite TV systems. There is a small amount paid per customer to each channel provided. This amounts to a few dollars for HBO and the like and more for the sports channels. Other channels such as cartoon and children’s channels demand and get far less. Then comes Apple offering to split a dollar with content providers for each and every TV show downloaded through Apple TV.

When one subscribes to Dish or other providers 24-hour access to all provided channels is included. When you have kids, the hours watching kid shows rack up to a considerable amount of time. Getting my 11-year-old off the couch and outside is like pulling teeth. To me the notion of paying a dollar for a one-hour TV show is nuts and is never going to happen in my household. When we have the basic channels and a few extra networks available 24 hours a day under the “all you can eat” marketing plan, why pay for something freely provided by Dish?

The CEO of Viacom recently stated that charging a dollar a TV show degrades his programing. Since when did Viacom ever collect 70 cents for a single TV show delivered to one TV set? If we pay 70 cents for an entire month of Viacom’s Cartoon Network, I would be surprised. As I have stated before, technology changes and those who don’t embrace it are doomed to fail. As the great thinker Gregorious Maximus once stated: “Those who stand too long in the road of progress will be run over”.

On another front, the Stuxnet virus or worm, has taken out 30,000 computers in Iran. Gee, I didn’t know there were that many PsC in Iran. It turns out most of the infected and screwed-up PCs had stolen versions of Windows running on them.  Sort of Bill Gate’s revenge, if you will.

It turns out an additional bit of information, the worm replicates and then hides in the code of the OS to be turned on by a date or code or who-knows-what. Then it reinfects control systems and only does its dirty stuff when it encounters evidence it is in Iran. Then, if the computer is connected to the Internet, it sends classified information out of the country.

To whom, we don’t know, but it worries the heck out of the Iran crowd who is hell-bent on nuclear bombs. The beauty of this attack is that the uncertainty of what the worm will do is keeping them off balance and shutting down unaffected systems to be safe. What if it detected overheating in the new nuclear reactor in Iran and then shut down all cooling and locked the control system up?

The reactor core would burn a hole through the floor and make the containment chamber radio active for 10,000 years. Why bother to launch a military attack when you can remotely melt the darn thing down? It is unknown if the reactor will even be turned on until the computer issues are cleared up.

Thank goodness, they didn’t get a Mac! That Greg’s Bite for today. 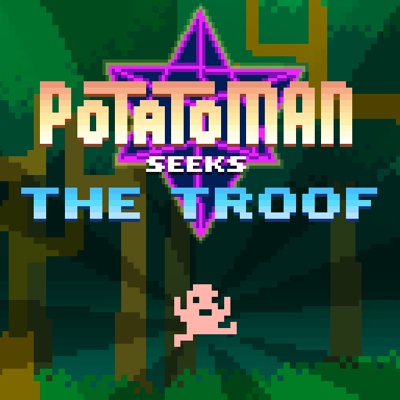 Potatoman Seeks the Troof released for the Mac