Vemedio has updated Snowtape (http://www.snowtape.com) for Mac OS X — which enables users to listen and record live Internet radio with the touch of one button — to version 2.0. You can now record from multiple radio stations in the background at once.

Snowtape 2 also introduces Recording Schedules. You can program the new recording engine to record at a certain time in the future or to record a favorite weekly show. Snowtape even wakes up the Mac, starts itself and records the show. After it has finished the Mac goes to sleep again.

The editor has been re-imagined from the ground up. Not only has Vemedio added audio waveforms but also zooming, scrolling and selecting. Extracting individual tracks form a recording is now also possible because Snowtape uses Last.fm Audio Fingerprints to identify a song based on the audio samples.

What’s more, Snowtape 2 now fully supports the AirTunes protocol and is able to stream radio and recordings to an Airport Express or an Apple TV. The Apple TV also displays song information like song title, artist and the cover on the big screen. It can even stream to multiple devices at the same time.

Snowtape provides a interface that enables the user to search, sort and organize radio stations and recorded audio tracks. It’s able to store thousands of radio stations. Users can search for a particular station add it to the list and sort by, for example, genre and bandwidth. They can also be marked as favorites. Snowtape is able to cut the recordings at audio track boundaries automatically and it identifies potential commercials or interludes. With the built-in track editor users can cut out any interfering audio.

When exporting to iTunes the audio track is encoded to high quality AAC audio and saved right onto an iTunes playlist. Album artwork and track titles are automatically exported as iTunes Audio Tags and get incorporated directly into the audio track during export.

Snowtape can import .PLS and .M3U internet playlist files as well as .Webloc URL files. Users can also provide Snowtape playlist or stream URLs. It checks every URL and only imports those that work. What’s more, Snowtape also understands media coming directly from iTunes. This means users can easily import a radio station onto Snowtape by dragging them over from the iTunes radio list, says Martin Hering, founder of Vemedio.

Vemedio partners with Last.fm to give users the bonus of album artwork and additional album metadata. In most cases, Snowtape can download this information automatically. Alternatively, a “Get Album Info” button searches and adds any album info and cover artwork available. 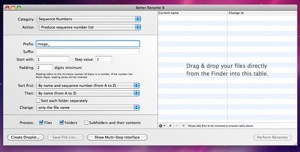