Apple has been granted several patents by the US Patent & Trademark Office, including one filed in 2005 that points to such upcoming devices as the iPhone, iPod touch and iPad.

Patent number 7,800,592 is for a handheld device with multiple touch sensing devices. The inventors are Duncan Kerr, Steve Hotelling and Brian Huppi.

Apple has won several other patents, as well, including:

Design patent D624,090 is for an icon for a portion of a display screen (their iOS device’s music icon). The inventor is Imran Chaudhri.

Patent number 7,800,520 is for a method and system for entropy coding. A method and system are provided for encoding a plurality of integers with variable-length code tables constructed by combining a plurality of structured code tables. Each code table has an associated set of integer values; the sets are disjoint and exhaustive, so that every integer appears in exactly one set. An integer is encoded using the codebook associated with the set in which the integer appears. The inventors are Ken Kengkuan Lin and Mitchell Howard Oslick. 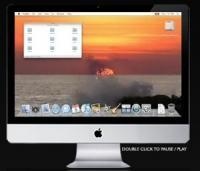