Andrew & Alexa has announced Ruler, an US$0.99 iPhone/iPod touch innovation of the universal tool. While conventional rulers involve mentally discerning measurements from small markings, using Ruler is just a matter of aligning the pointer, according to the folks at Andrew & Alexa.

Sulaba Inc has released Autograph It 1.0 for the iPhone and iPod touch. You no longer have to scramble for a piece of paper, pen and a camera, or buy any over-priced autograph books at the store for getting an autograph. The $1.99 app gives you an option to capture voice, hand written signature and picture of your favorite personality, all at once. You can also email it to your yourself for backup or share it with friends and family through FaceBook.

In BlueHole 1.0 for iOS, this $1.99 underwater adventure game challenges hand and eye skills using Apple’s accelerometer technology as players descending deeper and deeper with underwater sounds while dodging marine mines, deadly fish, and other obstacles on a quest to set a new record. You must clear over 30 missions to earn OpenFeint achievement rewards while the Ocean environment continuously changes as you reach deeper into the bottom of the trench.

Dante Varnado Moore has debuted Songwriter’s Pad for iPhone. Modeled after its top ranking iPad counterpart, the $1.99 app is a professional lyric writing app that includes a rhyming dictionary, thesaurus, and digital audio recorder. It also includes idea generating tools that are designed to inspire creative expression and eliminate writer’s block. Users can write, arrange and store all of their lyrics and song concepts in one app.

Long Trail Development has announced Map Property Image Overlay Tracer 1.0, a map based iPhone and iPad app designed with property owners and outdoor enthusiasts in mind. The $0.99 app takes advantage of Google’s interactive map and the iPhone/iPad’s built-in GPS and allows anyone to overlay an image on top Google’s interactive map, trace that image, and see their trace directly on the map.

MacPhun has launched Doodle Cam 1.0 for iPhone 3GS and iPhone 4 users. The $1.99 app “takes real life in real time and transforms it into cartoon style videos and photos, which can be instantly saved and shared.” Users have their choice of 11 different effects and seven soundtracks, which can be changed while recording with just a tap of the screen. Whatever a user sees on their iPhone screen is what they get in their photo or video.

411 Publishing is offering the A 411 iPhone app, a qualified production resource app for the Los Angeles area. This free, dedicated iPhone app provides the listing information found in the LA 411 production directory, and is available for download through the iTunes app store for Apple’s iPhone, iPad, and iTouch devices.

NCM Media Networks, an integrated media company reaching U.S. consumers in movie theaters, online and through mobile technology, has rolled out its free Movie Night Out application for the iPhone, iPod touch, Android mobile devices, and via movienightout.com for Blackberry and other WAP devices.

PoweryBase has announced NotifyMe Control Center 2.1 for the iPad, a cloud based to-do manager and reminder available only for iPhone until now. NotifyMe Control Center can be used on its own on the iPad, but also synchronizes along with the iPhone version of NotifyMe, so users can always manage to-do’s. It’s also possible to manage more user accounts to let the whole family manage their tasks and sync them live with the their iPhones. The NotifyMeCloud.com service is free; the iPad app is $9.99.

Easy Typing 1.1 ($0.99) allows users to be more efficient when typing on the iPhone or iPod touch. By taking advantage of the available real-estate on the iDevices’ touch screen to type more efficiently, it features a large, full QWERTY keyboard with key sizes that are twice the size of the ones on the iPhone’s default keyboard.

Jonathan Law has launched [Mod] It! 1.1 for iPhone, iPod touch and iPad users. This $0.99 app brings a new twist to a classic board game, letting users change the configuration of the board with each move. [Mod] It! 1.1 comes with 12 game boards and a board editor so that users can create as many new boards as their device can hold. Up to four users can play via wireless Bluetooth connection, or one player can compete against one of the app’s three difficulty levels.

Essency has unveiled Awareness! The Headphone App 1.1 for iOS devices. The $4.99 app allows uses the built-in microphone on the iPhone and iPod touch to make headphones “better and more practical to use.” 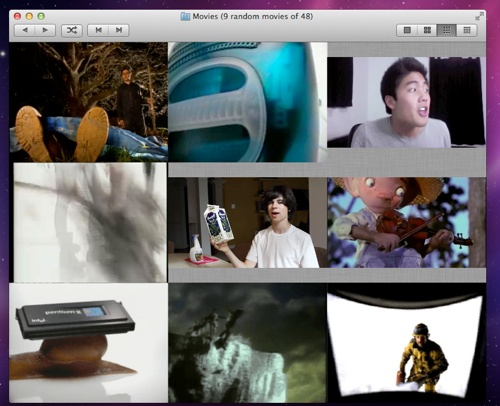