Enkord (http://www.enkord.com/) has announced Totem Tribe Gold 1.06, an expansion on their adventure/strategy/hidden object game for Mac OS X (10.4 and higher) and Windows. The game’s narrative supplies 32 exotic locations to explore and over 200 quests and puzzles.

Here’s how the game is described: “Totem Tribe Gold tells the story of the peaceful Hawk Tribe living on Tetala Island. According to legend the island was once marked by a glowing sparkle from the sky, the Tear of Heaven, capable of imparting wisdom and enlightenment to its owner. As the young female chieftain, Aruku, the player attempts to lead the tribe to prosperity as characters explore surrounding islands in search of totems that lead to an answer to the mysteries of the Tear of Heaven. With 32 distinct levels of play, each with its own obstacles, battles, quests, characters, puzzles, explorations, experiments, training and building, the game offers a highly complex yet straightforward narrative framework.

“Without naming the numerous characters, locales, events and treasures, it is possible to give an overview of the elements of gameplay. Hints are provided throughout on Guide Stones, selecting certain items, and from some characters. During exploration of each island various structures are built including: Hut, Scout Lodge, Barracks, Hunter Camps, Archery Range, Witch Doctor Shack, Shaman Tent, and Cave of Trials. Each is used to train members of the tribe who will assist in quests and battles, such as: Workers, Explorers, Fighters, Hunters, Archers, Witch Doctors, Shamans and Cavemen.

“As part of solving the mystery of the Tear of Heaven, the player has many lesser tasks and challenges. Through these they visit such places as: Wiseman’s House, Blacksmith, Workshop, Laboratory, Training Grounds, Hall of Mysteries, Herb Garden and Sky Hall. There are also hundreds of hidden objects to find including various Jewels and Gemstones, Coins, Masks, Pendants, Crowns and Amulets. Totem Tribe Gold reaches its climax inside the Comet where players can follow any one of three different endings to Aruku’s final battle.” 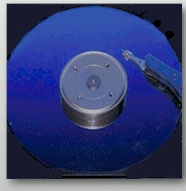