There’s talk once again of Apple moving into HDTV arena

There’s talk again that Apple will eventually come out with its own line of television sets. Or at least one model. I’m dubious — but stranger things have happened.

In October 2008 Nate Lanxon of “CNET UK” started the buzz by reporting that Apple is working on a networked television. He says that these LCD HDTVs will be fully networked, with the ability to stream all your iTunes content from your Mac or PC. They would, he said, function like a standard TV with an Apple TV box, only without the need for the box. Lanxon said the TV’s will be akin to Apple’s 30-inch display for the Mac “only thinner, streaming iTunes movie rentals over 802.11n, controlled with the Remote app on an iPod touch or iPhone.”

Earlier this year Ezra Gottheil of Technology Business Research told “Computerworld” (http://macosg.me/2/pk) that he thinks Apple wants to be the first to successfully integrate the home office with the living room — a strategy that would include a “real Apple TV.” He says a “real” Apple TV would be a top-end display wrapped around the current Apple TV that could carry a price tag as high as $5,000.

“This is the big picture I think Apple is after, as these will be big-ticket items and will solidify Apple’s position in the home not only from an office computing environment with Macs, personal media perspective with iPods and tablets, personal communications with the iPhone, but now the living room in a year or two with the Apple TV,” he told “Computerworld.”

Then this week Gene Munster, an analyst at the Piper Jaffray firm reiterated his prediction that Apple would launch a HDTV with integrated DVR and support for film, music and game downloads. The Apple-branded set, he told clients, would wirelessly sync with iPods, iPhones and Macs, and “command a premium among a competitive field.”

I personally don’t think that Apple will release TVs. Why would they? They don’t manufacture LCD screens or plasmas. For an HDTV I would rather buy something from Sony, Panasonic, Samsung, Visio (and don’t knock Visio; I own some very good products from this company), etc., than Apple. It just seems like a company that’s made TVs for decades can do a better job and can sell the same thing cheaper than Apple (especially if we’re talking 5,000 smackers). I think Apple is more likely to partner with a current TV set manufacturer to offer some sort of HDTV/Apple TV (and by Apple TV, I mean an enhanced version of the current product).

Time will indeed tell. Me, I’m betting on (or at least hoping for) a much-improved Apple TV, but I’m not anticipating a line of Apple-branded televisions. 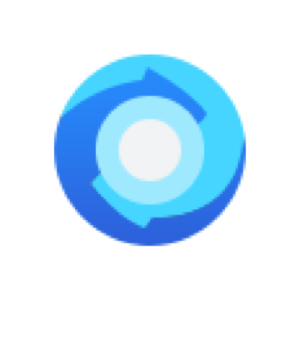