The Needham & Company firm has raised its 12-month target price on Apple from US$280 to $375 due to much better than anticipated Mac and iPad sales. Also, the upgrade cycle of iPhone owners seems to be happening faster than the firm had predicted, according to analyst Charlie Wolf.

In a note released on Monday — and as reported by “TheStreet” (http://macosg.me/2/ob), he said he had originally predicted that iPad sales would reach 20 million in 2019, but have already on target to surpass 12 million sales annually, even before a full international rollout.

Mac sales are on target to reach 14 million units this year, according to Needham, more than 50% higher than initially forecast. Despite the recent antenna problems and white iPhone delay, Wolf says that iPhone users are upgrading to new models in one or two years, faster than Needham’s previous prediction of every three years. 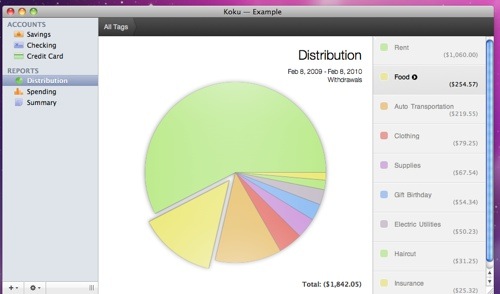 Koku is new personal finance manager for the Mac