The Omni Group has released OmniFocus for the iPad ($39.99). The iPad edition of the popular OmniFocus task management application syncs with OmniFocus for iPhone and OmniFocus for Mac, and offers professional features for both new and experienced users.

Scott Gruber has debuted ShapeEffects 1.0 for the iPad. The $2.99 app offers a way to create composite works of art from a list of 13 pre-defined shapes and a large variety of colors. You also have control over the translucency of the shapes fill color and border color, independently. When done, you can take a snapshot of your masterpiece that will put your art in the Photos app.

Poscitech has introduced Fitaide Pro 1.0, a $4.99 fitness application for iPhone and iPod touch devices. It lets you create a personalized cardio or interval training plan. It uses the devices’ built-in 3D motion sensor to track users and cues them to change pace.

Pabusily Co has produced Crane Driver 1.0, a $0.99 game simulator for iPhone and iPod touch devices. Players operate a crane and must relocate load consisting of several objects from one platform to another, while the load position must stay relative to each of its parts. Different ratings are formed on the basis of load quantity and execution speed. Screen move and lifting body offsetting differ, so a player is able to choose strategy of work of his crane driver.

“FORTUNE” has launched its iPad app, available for $4.99 an issue on the Apple App Store. It contains all of the content of the magazine plus additional photo slideshows, videos, archival material and exclusive bonus stories. The app allows the user to flip through sections and features instant stock quotes, interactive graphics, a live newsfeed from CNNMoney.com and FORTUNE.com and access to more extensive information on FORTUNE lists, including the FORTUNE 500.

FutureTap has updated “Where To?”, its $2.99 “points of interest finder,” to version 3.0. The new version includes a completely revised user interface, has been optimized for iPhone 4 and fully supports the new Retina Display.

DoubleIP S.A. has unleashed DoubleCheck 1.0 for the iPhone. The $0.99 enables users to check the current mobile operator of their contacts and provides a simple one step mechanism to mark this info on their address book. Portability is unveiled and available on iPhone screen whenever a user places a call or sends a text.

Synoptical Studios has announced Aerox 1.0.1, a $1.99 game for iOS devices. It’s a ball-rolling adventure that takes players through a 3D world.

Riptide Games has introduced iLookFunny Free 1.1.1, a free version of the photo app for iPhone. iLookFunny lets users take funny photos of themselves and their friends with the iPhone camera, or front camera. You can customize each photo with moustaches, wigs, glasses, bow ties and more. 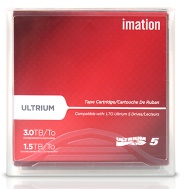