In a clear indication of Apple’s continuing strength with business customers, a new survey of enterprise technology managers shows accelerating interest in purchasing first-time or additional Macs and iPhones.

In addition, the survey shows that the iPad is off to a very strong start, with nearly one in four IT managers stating they’ve already purchased or ordered the new Apple tablet. The survey also showed that for most IT managers, the lines between their personal and business use of Apple products have blurred.

Over 80% of survey respondents use their Macs, iPhones and iPads for both personal and professional applications and tasks. Seventy-nine percent said they are “more likely to allow more users to deploy Macs as their enterprise desktops” in 2010-2011, up from 68% in ITIC’s 2009 survey.

Twenty-three percent said they have “already purchased” or “already ordered” an iPad. Eighteen percent more say they “plan to purchase an iPad” within one year.

Eighty-two percent said they “will increase integration with existing Apple consumer products such as the iPhone” to allow access to corporate email and other applications,” up from 49% in the 2009 survey.

Twenty-four percent, who did not currently own an iPhone, said they “have already decided” or are “very likely to switch” with an additional 35% saying “it’s possible we’ll switch when the current contract expires.”

“The growing popularity of Apple products in the personal lives of IT managers is having a continued spillover effect in the enterprise,” says Laura DiDio, principal of ITIC. “The acceleration of interest compared to our previous surveys tells me this trend will continue unabated during the next 12 to 18 months.”

This is the third Apple Consumer and Enterprise Survey conducted by ITIC and Sunbelt since 2008. Each successive survey has shown a steady increase in both the number of Macs and Apple devices being deployed by corporate enterprises. ITIC will release the results of additional survey questions on Apple product satisfaction, reliability, security and ease of adoption/integration in August, 2010.

DiDio agreed, noting, “One can only project that if iPhone becomes available on Verizon in the U.S., the numbers of additional enterprise-based units could be staggering.”

“With Apple’s enterprise success though, will come new challenges,” comments DiDio, “IT managers noted the lack of enterprise-class third-party management and performance-enhancement tools and technical support. Apple will have to address these issues if it is to mount a serious challenge to Microsoft’s dominance. So far, Apple has been silent about its enterprise strategy.”

A new consortium of five third-party vendors calling itself the Enterprise Desktop Alliance (EDA) has taken the lead to promote the management, integration and interoperability capabilities of the Mac in corporate environments.

ITIC, in conjunction with Sunbelt Software, conducted an independent Web-based survey of over 600 respondents from April through June 2010. Survey respondents included network administrators, vice presidents of IT, chief information officers (CIOs), chief technology officers (CTOs) and chief executive officers (CEOs) of small- to mid-sized businesses (SMBs) and mid-sized and large enterprises, with fewer than 25 employees up to large multinationals with over 100,000 workers. Respondents came from over 20 countries, with 85% of from North America.

ITIC, founded in 2002, is a research and consulting firm in suburban Boston. It provides primary research on a wide variety of technology topics for vendors and enterprises.

The survey results can be found at Tech Investor News and Apple Investor News. For further survey details and charts, visit the ITIC site (http://www.techinvestornews.com/page-one.html). 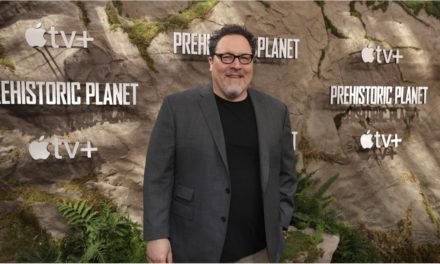