Over the last month, a number of companies have sent me sample products for testing and review. All relate to iPad, so here’s a round-up of reviews.

There are various solutions for protecting iPad from the inevitable scratches and damage from mobile use. We carry our iPads around, lay them down, drop them occasionally and the screen and back can get scratched and worn looking. The aluminum back can also get scuffed up.  Well, I paid nearly US$800. for my iPad with 3G and extra memory, so I want to keep it nice.

My experience began with a silicone cover alone, to cover the back and provide some protection from shock if the case is dropped. I have seen some silicone soft covers that are much beefier around the edges to really protect the iPad from damage, but those are bulky and a lot more money. The Hand Held Items iPad silicone cover, now only $8.99 plus shipping at  handhelditems dot com, which I considered a great value. However, at the time, front covers were just coming out, so I used the back cover for a while without any thing over the screen.  That was a mistake.

If you use a back cover to protect your iPad,  you need a clear film screen saver as well. While I really like the Apple oil resistant screen surface, it is vulnerable to scratches if there is no  protection for it.  For a few bucks more, Hand Held Items now offers a screen saver for the front as well as a back cover for only $12.99 (plus shipping). Not a bad price for a package of one hard polycarbonate case with a free screen saver.

The slick, oil repelling surface Apple applies is not as scratch resistant as glass. Despite care to prevent damage, I got some fine scratches within two weeks of use without protection. That protection could be in the form of a film covering the surface or a padded envelope type device.  There are pros and cons for all solutions.

Kensington (http://us.kensington.com) also makes a really nice shoulder bag the right size to carry an iPad the charger, cords and the like — with plenty of room for a small laptop as well. They call it the Sling Bag ($19.99) due to the shoulder strap. It’s overkill for casual use, but great for a trip or for someone wanting to carry a lot of extra stuff with them.  The Sling Bag is nicely made and full of thoughtful pockets and zippered slots for the iPad and more.

We have all seen the screen protector film products advertised. At the end of the day, the screen is much more of an issue for damage than the back of the device.  The well advertised “Invisible SHIELD” product from ZAGG (http://www.zagg.com) is pretty much the top-of-the-line solution. The film does as advertised and really protects the screen surface from damage.  here are two downsides, however.

First: i the installation of the film will be a problem for a lot of people. The film is an adhesive — and very sticky — film. It’s floppy and tends to stick where you don’t want it to grab anything.  The kit contains a little bottle of solution you wet your finger tips with and also the surface of the screen before removing the backing. You then position the film and squeegee it down to remove air pockets and wrinkles.

That’s easer said than done. My wife could probably have done it better than I did, but klutzes have iPhones too. It worked out OK, however.

I practiced on the iPhone first and noticed I got a bit of dandruff or something in between the film and the screen that showed. Darn it. I pulled the film back, picked the speck off and reattached it. That worked out pretty well. Also, the iPhone screen saver works as advertised.

I have had the problem of accidentally putting the iPhone in the same pocket as my keys — which is a recipe for disaster. Having experimented on the iPhone, I graduated to iPad and that went a bit better.  Some small scratches on the iPad screen were mostly hidden by the film.

One other consideration in going to film screen savers is that the film top surface is not as good as the Apple oil repelling finish you cover up. I noticed the screen saver film attracts dust and dirt more than the factory coating.

If ZAGG could get the slick oil repellant surface of the Apple manufacturing process on the outer surface of the InvisibleSHIELD they would really have the category aced. Their existing film solution is good, but not excellent due to this issue.

Also, the ZAGG surface is not as slick for touching and collects dust much more than the bare iPad screen. And the $29.95 is quite a bit of money for a little bit of film. Still, the ZAGG InvisibleSHIELD is a good solution, if you want to go that route.

If you intend to use a back cover you need to either keep the iPad in a case when not in use or use a folding cover such as the Apple black cover sold at the Apple Store online or at the local Apple store.  I am using both the InvisibleSHIELD and the Apple cover, at this time. With the flap, which covers the iPad when not in use, I may remove the InvisibleSHIELD. That way I can see how it comes off and compare the surfaces again. The Apple iPad Cover is pricey at $39 and can be found at http://store.apple.com/us/product/MC361ZM/A .

My conclusion is that some sort of protection for iPad backs and screen is important, as it is hard to imagine a mobile device that won’t get trashed, in time. There are three basic solutions. One: a back cover/screen protector film. Two: a soft sleeve “bare back.” Three: the folding cover, as in the Apple cover. There is no one solution for everyone, and there are pros and cons to all of them.  I think I am tending to go with the Apple folding cover solution as it allows me to use the special finish Apple applied at the factory and it allows iPad a built-in, inclined position for use that the other approaches don’t offer.

I will keep my eye on this area of product and update readers on further innovation in this area. 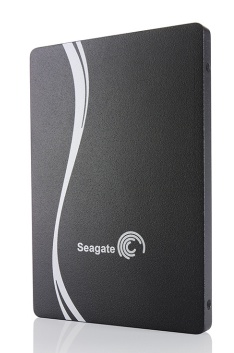