The National Pest Management Association (NPMA) has announced a free, downloadable iPhone app that provides users with on-the-go access to the most popular sections of the NPMA’s educational web site, PestWorld.org.

Legal publisher Fastcase has debuted its free mobile legal research app for the iPad. Like the company’s iPhone app, the new iPad edition is a free download, and gives free access to the company’s nationwide law libraries of state and federal case law and statutes.

angelFrogGames says their first iPhone/iPod touch game is now available on the App Store. Shape Search Zen — Wordsearch Without Words (US$1.99) shifts the classic gameplay of Wordsearches into something new, yet familiar, by asking the player to find sequences of colored shapes hidden within a random grid of similar shapes. At heart, it’s a game of matching, but the definition of “match” will not always be the same. Additionally, while the player is enjoying the game, the game is observing the player and at the end of each level will provide an estimation of the player’s Zen.

Creative Ninjas has introduced BORLS 1.0, A $0.99 quiz game for the iPhone, iPod touch, and iPad. Billed as “possibly the most annoying and loudest quiz ever,” the game features an emcee, whose cartoon-voice comments on the action are accompanied by distracting noises while the player is trying to read and answer questions. Wrong answers produce greater noise, right answers less. For one or more players, this quiz game tests more than knowledge.

Creaceed has announced one of the first iPhone apps embedding the iAd rich media ads. Vocalia Sponsored Edition ($3.99) is a new version of Vocalia, their voice-controlled assistant app for the iPhone. Creaceed’s free app is fully compatible with iOS4 (Multitasking and Retina Display Support).

My Vacation 2.0, created by Jasper Apps for the iPhone and iPod touch, lets travelers plan and document their travels with one $2.99 app — and create an instant photo album, too.

Michael S. Swan has released DMXRef 1.2, a free update to his $4.99 DMX calculator for iPhone, iPad and iPod touch devices. It lets your iPhone handle all the DMX calculations. Version 1.2 has been re-built to take advantage of multitasking in iOS 4.0.

Dejal Systems has unveiled Tweeps 2.1 for the iPad, iPhone and iPod touch. It’s a free a Twitter companion app. It isn’t a full Twitter client – you can’t post tweets from it. Instead, Tweeps is a tool to manage your Twitter account. You can edit your name, bio text, website URL and location, plus follow/unfollow people, see if someone follows you, block people, and find people. Version 2.1 adds support for multitasking under iOS 4, plus a number of fixes for iOS 4 compatibility. It also adds high resolution images for optimal viewing on the new iPhone 4 retina display. And other minor tweaks. 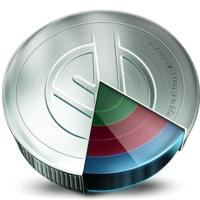