Strong double-digit personal computer semiconductor revenue growth in 2010 (greater than 35% year over year), primarily driven by mobile computer applications followed by strong growth in enterprise spending in 2011 and 2012, will help achieve a healthy CAGR of 12.2% (2009-2014) for the computing industry segment, according to the research group.

Double-digit semiconductor revenue growth in converged mobile devices (smartphones) is helping the Wireless Industry segment to achieve a record $59.3 billion this year. However, with average memory content in handsets stabilizing and continued pressure on pricing, high-single digit growth is expected to return in 2011 and 2012.

In the Industrial, Military and Aero, and Automotive Industry segments semiconductor revenues are expected to achieve year-over-year growth of more than 20% in 2010 and a strong five-year CAGR of 13.2%, driven by new markets such as alternative energy, LED lighting, and increased semiconductor content in automobiles.

Semiconductor revenue for the consumer industry segment is expected to have muted growth of 5.8% year over year in 2010 and even less in the coming five years, according to IDC. While revenues for the DTV and media tablet markets are expected to show strong growth, those for the other device application markets, such as PMP flash, are expected to post sharp declines.

Among semiconductor devices, revenues for the Memory sector (DRAM and Flash) will reach $66.7 billion in 2010 (greater than 52% year-over-year growth), propelled by increased demand for memory in mobile computers, mininotebooks (netbooks), media tablets, and smartphones. But, with technology transitions, increased price pressures, and more supply coming online, revenues for the memory market are expected to be flat or slightly decrease in 2011 and 2012.
Regionally, Asia/Pacific continues to grow its share of semiconductor revenues, reaching over 45% in 2014.

Worldwide semiconductor revenues decreased 9% year over year in 2009. Order rates are now normalizing after very exuberant rates in the fourth quarter of 2009 and the first quarter of 2010. The industry has underestimated the amount of restructuring that occurred during the start of the recession and the impact to the supply chain, which is the key reason why supply was being outstripped by demand and inventory levels up to now. Moving forward demand will have to be the catalyst that sustains this current cycle. IDC expects a seasonal solid period of demand for the second half of 2010.

“Overall, we believe that the semiconductor market recovery seen this is year is similar to the one in 2004,” says Mali Venkatesan, research manager, Semiconductors at IDC, who led the study and compiled the SAF data. “The 2010 growth rate based on the bottoms-up model used in the Semiconductor Application Forecaster is consistent with our top-down linear-regression model that factors in seasonality in semiconductor orders and with our scenario analysis model.”

However, global economic recovery that started in the second half of 2009 is in danger of slowing down due to macroeconomic problems such as the Euro crisis, continued high unemployment in the U.S., with the associated low consumer sentiment, and the fear of an asset bubble in the BRIC countries, he adds. In such a scenario, the expected growth in the second half of 2010 may be pushed into early 2011.

“Nevertheless, we believe device applications such as smartphones, mobile computers, media tablets, and automotive will show strong secular growth both in 2010 and 2011,” says Venkatesan. 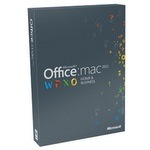