Analyst: Apple to enter the connected TV market in 2-3 years

In a report to clients, Piper Jaffray analyst Gene Munster says Apple is “well positioned” to enter the connected TV market in 2-4 years. According to “Fortune” (http://macosg.me/2/h0), he cites several reasons to believe Apple is working on such a project. Among them:

° The Apple TV set-top box, which Apple still calls a “hobby,” hasn’t had a hardware update since it was released more than three years ago. Munster thinks we may soon see an updated, low-cost Apple TV set-top-box with updated software and possibly an App Store,

° The release of the new Mac mini with a built-in HDMI output is a sign that the company is trying to simplify the process of making the Mac the center of a home theater. “We see this as a small, intermediate step towards a larger move into the living room with an all-in-one, connected TV,” Munster writes.

Munster thinks Apple could create an all-in-one, connected TV that doesn’t require an extra box. As for the lack of standards, Apple could get around that with an Internet-based iTunes TV Pass that would sell for US$50-$90 per month, he adds. 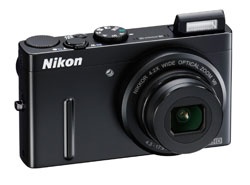